Meet Nawazuddin Siddiqui, The Farmer. This is Not a Film Set 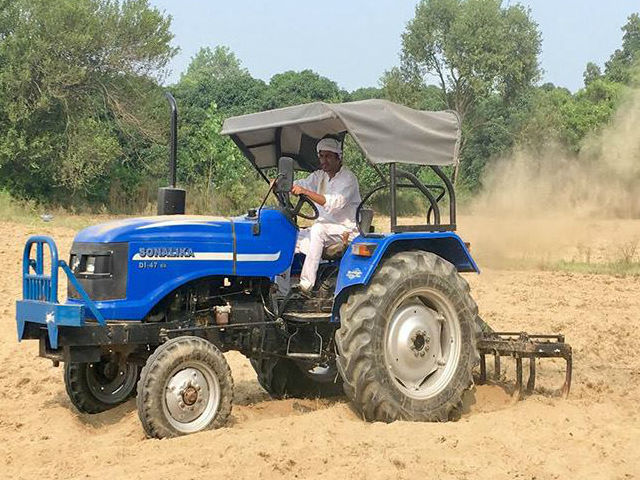 This image was posted on Facebook by Nawazuddin Siddiqui


Ploughing in my farm for Mustard, hopefully this will be irrigated by Centre Pivot System...!!!

Nawazuddin learnt about centre pivot irrigation technique when he attended the Cannes Film Festival, this year.
Earlier this month, the Uttar Pradesh government appointed Nawazuddin as the brand ambassador of the Samajwadi Kisan Beema Yojna, which aims at providing insurance coverage to the farmers.
The Freaky Ali actor told Hindustan Times in an earlier interview that whenever he visits his home, he makes it a point to take out time for farming. "I have done farming for 20 years of my life. Whenever I get time, I take it up. It's our ancestral occupation. It gives me a lot of pleasure," he said.
Nawazuddin Siddiqui, 42, is one of nine children of a farmer from Uttar Pradesh. Nawazuddin first graduated from his village with a degree in chemistry. After training at the National School of Drama he made his first film appearance in the 1999's Sarfarosh. He went on to star in pivotal roles in films like Bajrangi Bhaijaan, Kick and Gangs of Wasseypur. He's starred in lead roles in Manjhi: The Mountain Man and recently released Freaky Ali.