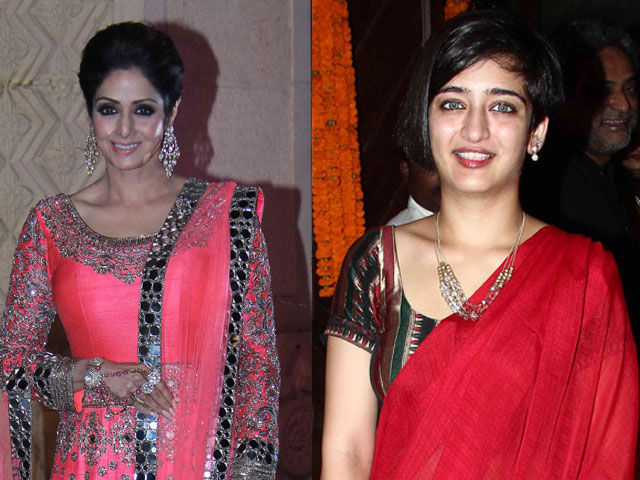 Akshara will reportedly play Sridevi's daughter in the film

The film, which is apparently an emotional rollercoaster, will centre on the relationship between a step-mother and her step-daughter

Filmmaker Boney Kapoor is keeping it all in the family. After giving his son Arjun some Tevar to deal with, the producer is now at work on his next with wife Sridevi.

The film, which is apparently an emotional rollercoaster, will centre on the relationship between a step-mother and her step-daughter.

Sources say Akshara Haasan has been roped in to play Sridevi's daughter. Akshara, who is making her Bollywood debut with R Balki's Shamitabh, was recommended by the filmmaker to the Kapoors.

A source says, "Boney saw portions of Shamitabh and was convinced that this newcomer would be able to share screen space with his wife."

Kamal Haasan and Sridevi have done 21 films together but have worked in just one Hindi film, Sadma, an adaptation of their Tamil hit Moondram Pirai.

This will be Sridevi's second film after her critically-acclaimed comeback with English Vinglish in 2012.