Meet the 'Most Important Person' in Alia Bhatt's Life 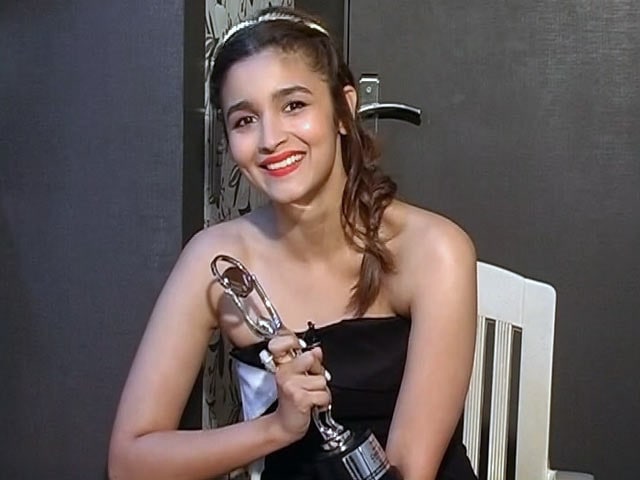 The 'most important person ' in actress Alia Bhatt's life is not her father Mahesh Bhatt, nor her mother Soni Razdan. It's not sister Shaheen, or half-siblings Pooja or Rahul. No. At NDTV's Car and Bike Awards held in Delhi on January 16, Alia named her driver as the 'most important person' in her life and said she cannot live without him.

Alia, who was named Brand Ambassador of the Year at the award show, said, "The person who taught me how to ride a scooter and drive a car is the most important person in my life and that is my driver. I cannot live without him. His name is Sunil. He is like my right limb. He has literally taught me everything I need to know about a car or a scooter, with great difficulties. When he sees my ads he is most impressed. When I came from the shoot and told him maine aise kiya, aise U-turn liya, he got really very excited. So, I think, I'll give all credit to him. So this award goes to Sunil."

The actress appears in this season's award hopefuls for her powerful performance in Imtiaz Ali's Highway. Last year, she also starred in the Vikas Bahl-directed Going Home, a short film on women's safety that earned her kudos from her fans and critics alike. Hollywood actor Ashton Kutcher shared the video on his Facebook page. (Also Read: Alia Bhatts Film Has a Hollywood Fan. Ashton Kutcher)

At the event, Alia also shared her thoughts on women's safety, which is one of the most discussed issues in India today.

Alia, who endorses several brands, also said, "When you're an actor there are two parts of your life one is the film that you do and the other is the brands that you endorse, at least at this point. For me, my brands are very, very important to me. I put a lot of thought into what kind of brand I am associated with because at the end of the day if you are endorsing something, you stand by something, it becomes your family and you have to support it at all times."