Meghna Gulzar: Talvar is a Story That Must Be Told 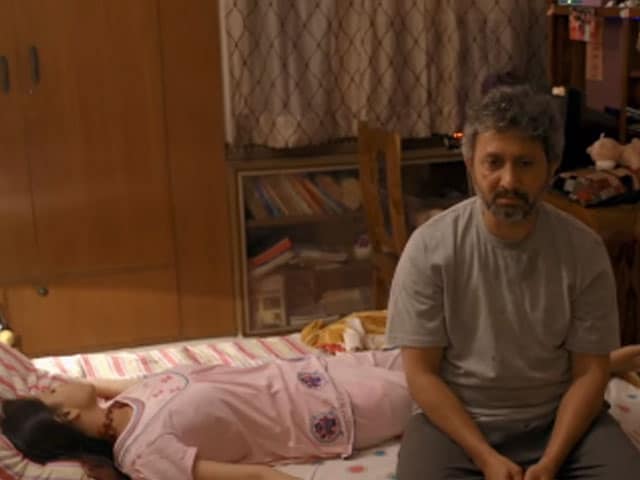 A still from the trailer of Talvar.

"We are not riding on a scandal with Talvar. That's not our intent. Despite there being a verdict, there is a sense of unfinished business, a lack of closure in this case. This is why it still haunts. This is a story that must be told," said Meghna

Bollywood director Meghna Gulzar said that Talvar is a story which must be told.
Talvar is based on the Aarushi Talwar murder case. It stars Irrfan Khan, Neeraj Kabi and Konkona Sen Sharma in pivotal roles. The movie has been written by Vishal Bhardwaj.
"We are not riding on a scandal with Talvar. That's not our intention. Although, there was a verdict, there is a sense of unfinished business, a lack of closure in this case. This is why it still haunts. This is a story that must be told," Meghna told PTI in an interview.
Manish Gupta's film Rahasya, which released in January this year, was reportedly inspired by the Aarushi murder case. Avirook Sen also wrote a book on this case titled as Aarushi.
Meghna relied on Mr Bhardwaj's script and her research while working on the movie. Mr Bhardwaj has also co-produced the film. "We never tried to solve the crime. The investigation is over and done with. Vishalji and I have tried to explore various theories. We have tried to be honest with each perspective. It is not in our hand to give a clear answer nor is it our point of view," said Meghna.
"The strange part about this case is that every investigative team had a different story and they had complete conviction in their theories. That's what makes it even more unfathomable," added Meghna.
Meghna also said that she has not faced any resistance from the people involved in the case so far.
"Being objective was the toughest thing while making this movie. Since we were showing all sides, we needed to be fair to all of them. It is not a biopic. It is based on a real incident and people are still alive. A certain sensitivity was needed in our approach whether it is directing, writing, camera or costume. Sometimes it did not look like it was a screenplay because the real life trajectory has been so dramatic. I did not want the reality of it to colour my emotion," she said.
Talking about the Aarushi murder case being compared with Sheena Bora's murder, Meghna said: "There was so much interest in the story because it was probably the first time that the institution of family was questioned. The same thing has been echoed in Sheena Bora's case. When the theory about the father's involvement came, there was a spike in the interest about the Aarushi case. Later, there came another theory that presented the possibility about the compounder's involvement in the murder but that was not as riveting. People don't even remember that angle."
Meghna is working with Mr Bhardwaj for the first time on a movie. However, Mr Bhardwaj and Meghna's father, filmmaker Gulzar are frequent collaborators.
Meghna, who is known for her films like Filhaal, Just Married, said that it was a complete detour for her to tackle a movie like Talvar.
"It is a complete detour for me. It is about murder, crime and blood. Something that I have never dealt with. But what is the point of making a film on something that is sorted. I always had this hunger to explore what is temporary and what is relevant in society," she added.
Meghna also added that Irrfan, Konkana and Neeraj were the only actors she wanted to cast in Talvar.
Meghna also added that the title Talvar is inspired by the sword in Lady Justice's hand.
Talvar is scheduled to release in India on October 2 after its world premiere at the Toronto International Film Festival.(Also Read: Irrfan Khan's Talvar on Film Fest Spree)