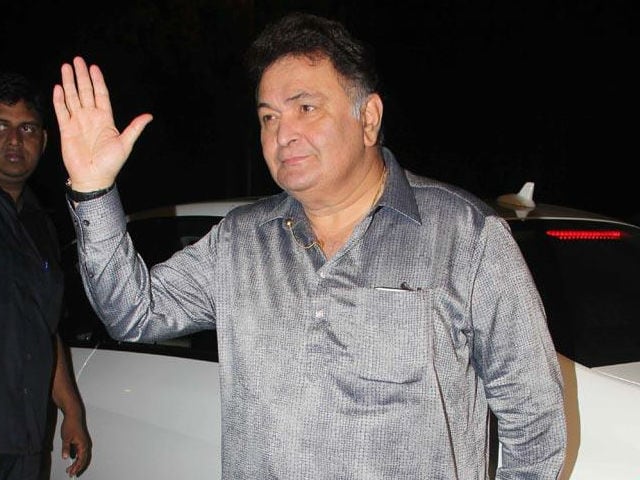 It's a new day and actor Rishi Kapoor is trending even now after his Twitter rant against roads and buildings named after the Gandhi family members. On Thursday, the 63-year-old actor thanked Twitter users who've showed "unprecedented unconditional support, love and solidarity" with the actor's thought:


Thank you all for your unprecedented unconditional support,love and solidarity for what I said. Mera Bharat Mahaan!

Thank you, thank you world over! Your reaction coming is unprecedented. I meant it from my heart and you know it. And I know you know it!

Mr Kapoor had used strong words to slam the naming of the streets after the Gandhis: "Baap ka maal samajh rakha tha? Har cheez Gandhi ke naam?" and some of his fans and followers were singing in the same tune:


I agree with Rishi Kapoor. Too many national assets named after Gandhis.
Some national liabilities also.

Thank you Rishi Kapoor ji for raising this. By speaking truth, you earn our respect. May the universe bless you! https://t.co/Rd9eQ76eix

Because Rishi Kapoor questioned naming of assets after Gandhis, Libtards have already made him a Bhakt fishing for Rajya Sabha seat & Padma

Some users however reminded Mr Kapoor that what Gandhis are to Congress, Kapoors are to Bollywood:


Hope Rishi Kapoor remembers that what the Gandhi family is to politics the Kapoor family is to Bollywood.
Dynasty. Nepotism.

Meanwhile, Mr Kapoor's biting tweets also brought enraged Congressmen to his Pali Hill residence.
This is what Mr Kapoor had tweeted on Wednesday which started the debate:

If roads in Delhi can be changed why not Congress assets/property ke naam? Was in Chandigarh wahan bhi Rajeev Gandhi assets? Socho? Why?

We must name important assets of the country who have contributed to society. Har cheez Gandhi ke naam? I don't agree. Sochna log!

Imagine Mohamad Rafi Mukesh Manna Dey Kishore Kumar venues on their name like in our country. Just a suggestion

Why Indira G airport International ? Why not Mahatma Gandhi or Bhagat Singh Ambedkar or on my name Rishi Kapoor. As superficial! What say?

Raj Kapoor has made India proud over the years all over even after his death. Certainly more than What has been perceived by politics.

Mr Kapoor, star of films like Bobby and Karz, was last seen in Shakun Batra's Kapoor and Sons.