Ayushmann Khurrana has made a hilarious confession that his character, Abhimanyu Roy, as 19-year-old in Meri Pyaari Bindu looks 'far better than' his real younger self 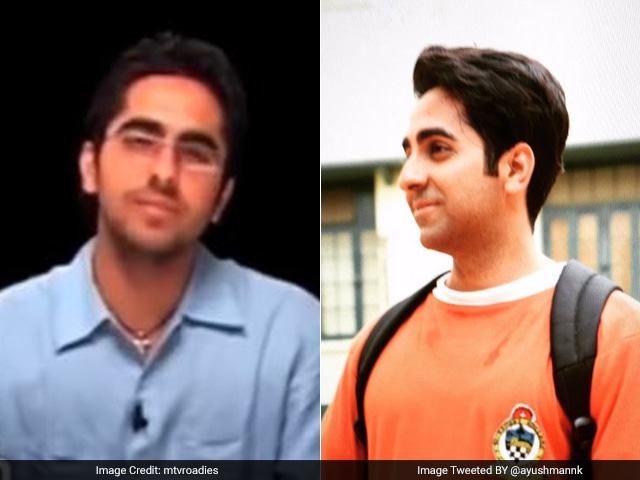 After winning the second season of Roadies, Ayushmann, who hails from Chandigarh, started his career as an anchor of Roadies in 2012. He made his Bollywood debut in Shoojit Sircar's Vicky Donor with Yami Gautam. Vicky Donor, which was actor John Abraham's debut production venture, performed well at box office and also received rave reviews from critics. Apart from acting, Ayushmann also ventured in the music industry with songs like Pani Da Rang, O Heeriye, Mitti Di Khushboo and Ek Vaari.
Here's Ayushmann Khurrana's Roadies audition when he was 19:

Ayushmann's upcoming movie, Meri Pyaari Bindu is a love story described by a Bengali author that how he fell in love with Bindu in his younger age. Meri Pyaari Bindu is set to hit the theatres on May 12. The actor will next be seen in Ashwiny Iyer Tiwari's Bareilly Ki Barfi with Kirti Sanon and Rajkumar Rao. He will once again share the screen space with his Dum Laga Ke Haisha actress Bhumi Padnekar in Subha Mangal Saavdhan by RS Prasanna and co-produced by Aanand L Rai.