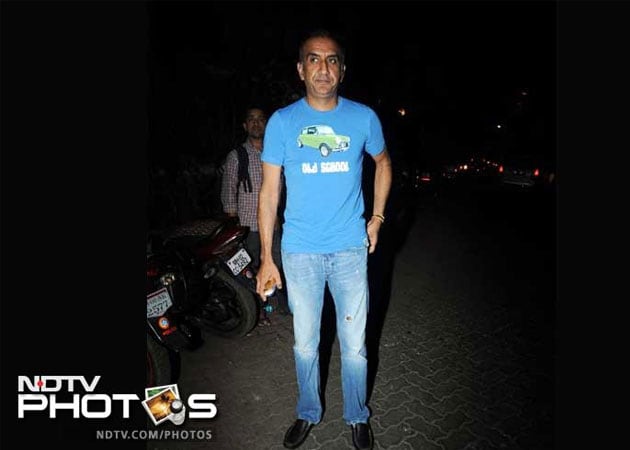 The director's next outing is Once Upon Ay Time in Mumbaai Dobaara!

Be it casting Vidya Balan as sex siren Silk Smitha in The Dirty Picture or making Emraan Hashmi shed his serial kisser image in Once Upon A Time In Mumbaai, director Milan Luthria says he loves casting his actors against their established image.

Be it casting Vidya Balan as sex siren Silk Smitha in The Dirty Picture or making Emraan Hashmi shed his serial kisser image in Once Upon A Time In Mumbaai, director Milan Luthria says he loves casting his actors against their established image.
Luthria, who has made eight films in his 14-year-long career, says he does not follow the set rules of Bollywood and would rather try out new things.
"It's fun to mix-up those which are different. For my such choices I have received much criticism. When I made The Dirty Picture, people even called me a porn filmmaker and thought I lost it completely by casting Vidya (Balan) in it. Similarly, when I chose John Abraham for Taxi No 9211, people were laughing at me. They thought he won't be able to carry that performance but that is one of his finest performances as an actor. I always go by my instincts to have a different star-cast," said Luthria.
The film is the sequel to the 2010 film, which starred Ajay Devgn and Hashmi in pivotal roles.
In the sequel which is titled Once Upon Ay Time in Mumbaai Dobaara!, slated to release on August 15, Akshay Kumar has replaced Hashmi as Shoaib with Imran Khan and Sonakshi Sinha playing new characters.
"We replaced Emraan because the sequel demanded an older Shoaib. Since, Akshay expressed his desire to work with me once so, we took him for the role. We have given him a bad man image in the film," said Luthria.
With the sequel, Luthria says he is experimenting by mixing romance and underworld together.
"When I decided on making the sequel, there was only one thing in my mind that it has to be between two men. To add the surprise in it, I have ventured into the territory of romance. There are many films on hardcore underworld genre but there are only few that have got the love playing the dominant role," he said.
Luthria even seems to be unperturbed by the release of Shah Rukh Khan starrer Chennai Express a week before his film.
"I have seen films like Dil and Ghayal hitting theatres on the same day and doing equally good business. Even Jab Tak Hai Jaan and Son Of Sardaar did fairly well at the box office. I am not worried at all as India is a big country. Both the films are of different kind and people will enjoy them," he said.