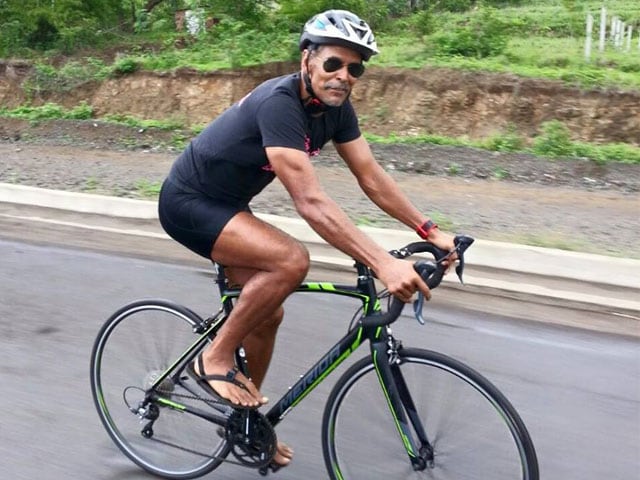 This image was posted on Facebook by Milind Soman

Model-actor Milind Soman is going to be making several lesser mortals feel woefully inadequate. Mr Soman, who will be 50 this November, just completed the brutal Ironman triathlon in Switzerland. He did it in 15 hours 19 minutes and 29 seconds.
This post from him on Facebook is probably going to have you hitting the treadmill with renewed conviction:

The Ironman is a series of extreme athletic events held across the world and consists of a 3.86 km swim, a 180.25 km cycle race and a 42.2 km run. All in a single day.
Mr Soman, who was the National Swimming champ in India for four years before making it big as a supermodel, was reportedly one of seven Indians to have participated in this year's Swiss Ironman in Zurich.
On Twitter, Mr Soman maintained a meticulous training record, starting with Day 1:

Someone on Twitter scrounged up a picture of a post-Ironman Milind Soman:


Finally found a pic of @milindrunning after completing the IronMan 2015. Absolute Respect! pic.twitter.com/vhGdgdfJ1u

The rest of Twitter was having a moment of serious respect:


Milind Soman , What are you made of?