Mira Rajput is Not Doing Any Film, Says Shahid Kapoor 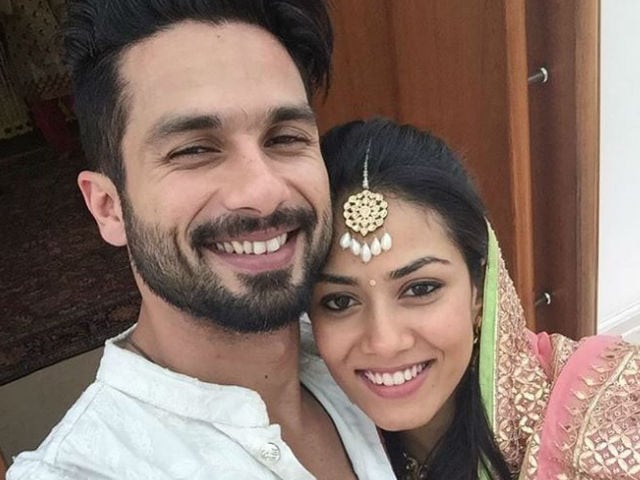 "No. She is chilling with her family right now," said the Haider star, when asked if Mira Rajput is making her acting debut any time soon. Shahid said he is speaking about Mira and their marriage now because he feels the need to "clarify" a few things

Actor Shahid Kapoor denied reports about his wife Mira Rajput's acting debut. "No. She is chilling with her family right now," said the Haider star, when asked if there is any truth to the speculation.
The actor, who will be next seen in Vikas Bahl's Shaaandaar, has lately been quite open about his personal life, a departure from the secrecy he maintained before marriage.
Shahid said he is speaking about Mira and their marriage now because he feels the need to "clarify" a few things.
"I am only speaking because I feel there is a time in my life right now where I need to clarify certain things as something huge has happened in my life, which is marriage. It is not something I will continue doing consistently," he said. (Also Read - I Go Back Home to a Normal Person: Shahid Kapoor on Mira Rajput)
The R... Rajkumar actor thinks it is important to draw the line because people will always want to know about a star's personal life, which at times gets intrusive. (Also Read: Mira Fits in the Family Very Easily, Says Shahid's Sister Sanah)
"I think it is important to find that healthy balance because the tendency for people is to wanting to know more than they need to or they should or that I am comfortable with. My job is to always draw the line because if I don't then no one will. Having said that, there are certain things that I feel I should talk about and whenever I feel like I should, I promise I will and whenever I am not please respect it," he said.