Mirzya Has Been Shot in Unexplored Parts of India, Says Director

Sharing his experience, the 53-year-old filmmaker said, "Right from the story of the legend of Mirza Sahiban, the folklore, I wanted to picturize this in my imaginative world for which we travelled to Ladakh and went to the remote corners" 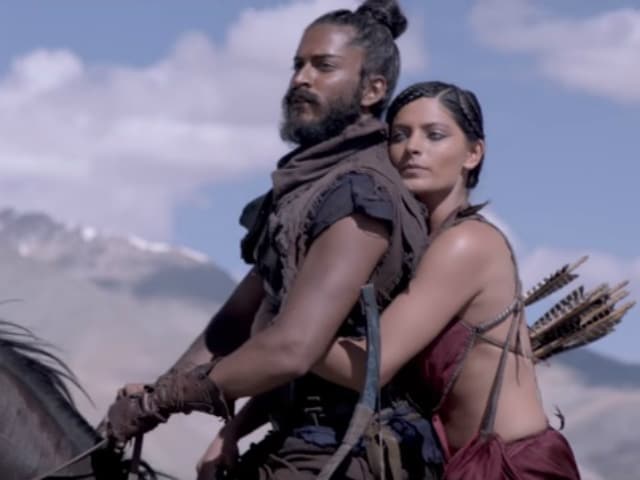 Looks like filmmaker Rakeysh Omprakash Mehra has left no stone unturned to give a fresh essence to his upcoming poignant tragic love story, Mirzya.
He chose unexplored locations for shooting the film.
Mirzya has been entirely been shot at a desolate terrain of Ladakh and the vibrancy of colourful Rajasthan.
The director shot just 17 kilometres away from to India-Pakistan border in Thulia, for which, they not only had to seek permission from the Border Security Force (BSF) and Intelligence Bureau but also had to travel 90 kilometres every day to reach the locations.
Keen on exploring locations where no Bollywood film has been shot till date, the director and his team did an extensive recce before short-listing the following locations in Ladakh and Rajasthan., of which mentionable are Nubara valley and Pahelgaum lake in Ladhak, Shiv Niwas Palace and Fatehgarh Palace in Udaipur, Thulia and Ranau in Jaiselmer.
This is the first time Mr Mehra, who has a hawk's eye when it comes to locking locations for his films, has gone out himself and done this.
Sharing his experience, the 53-year-old filmmaker said, "Right from the story of the legend of Mirza Sahiban, the folklore, I wanted to picturize this in my imaginative world for which we travelled to Ladakh and went to the remote corners, which is beyond Pangong Tso lake and Nyoma. There I found these absolute virgin locations which were on the border of China, so the army helped us a lot."
"Similarly, when we were filming the climax of the present day story in Rajasthan, it took us to the remote desert areas which are beyond Jaisalmer, Phulia and on the border areas of Barmer. Once again, the local tourism board and the army were very helpful because these are restricted areas for any normal person to go," he added.
Mirzya, marking the Bollywood debut of Harshvardhan Kapoor and Saiyami Kher, releases on October 7.