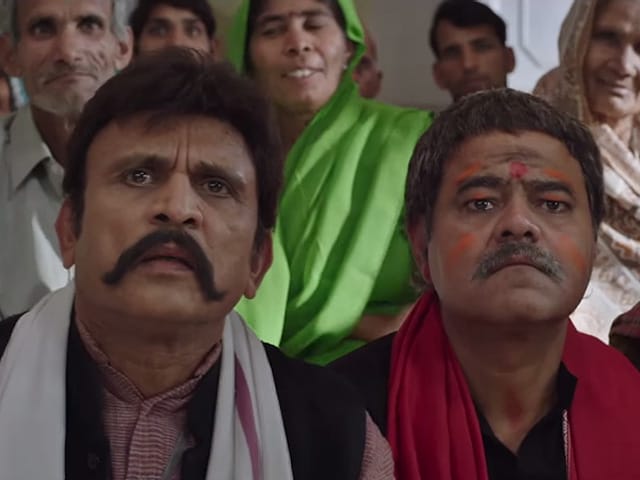 The Khap panchayat in Muzaffarnagar, Uttar Pradesh, is said to have warned cinema hall owners that whoever plays Miss Tanakpur Haazir Ho will run the risk of their properties being damaged.
The threat has scared the exhibitors, who have decided against screening the Vinod Kapri-directed movie which is a social satire on the state of judiciary in India.
The entertainment tax officer has also advised the theatre owners to show precaution and not plan for the film in the city of Muzaffarnagar.
"This is completely disgusting and makes me feel that we are living in a banana republic. How can anyone threaten to damage cinemas who want to play my film that's a social satire? This is a misuse of power vested upon the Khap. I only plead them to act responsibly and not cause damage to my film that I have made with passion and a lot of objectivity on the subject that I'm dealing with in the film," Mr Kapri said in a statement.
In Miss Tanakpur Hazir Ho, he narrates the story of a man who is falsely accused by a village strongman of raping a buffalo. The powerful man of the village also gets the Khap panchayat to pass a verdict that he has to marry the victim, the buffalo, called Miss Tanakpur.
Starring Annu Kapoor, Ravi Kishan, Om Puri, Rahul Bagga and Hrishita Bhatt, it is being marketed and distributed by Fox Star Studios and is set to release on Friday.