"Akshay is very hard working and disciplined. My dad's journey was also all about hard work and his love for music. I think all these things will come together," said Tulsi Kumar 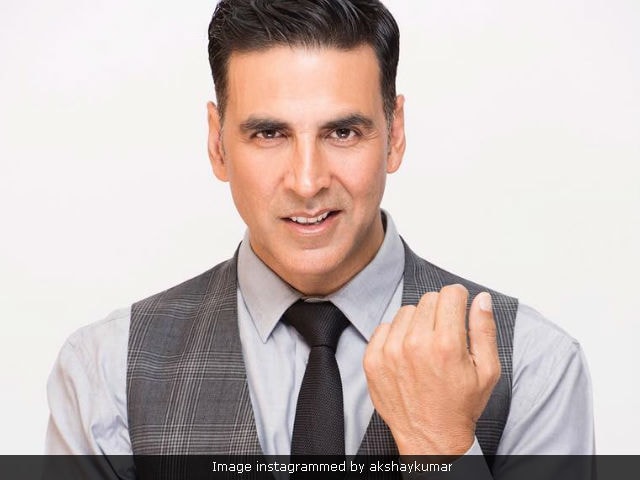 Actor Akshay Kumar will be seen as T-Series' Gulshan Kumar in an upcoming biopic on the music producer, which will be directed by Subhash Kapoor. Gulshan Kumar's daughter Tulsi says that the maker's choice of picking Akshay for the role of her father is "perfect," reports news agency PTI. The 31-year-old singer told PTI: "There are a lot of similarities between Akshay and my father. Akshay is a Punjabi and so are we. He is Delhi-based and my dad was also from Delhi. I think he would be able to pull off the character." Tulsi, who is known for popular tracks like Saiyyan Superstar and Mere Humsafar, said that Akshay is a hard working actor which also makes him perfect for the role of her father. "Akshay is very hard working and disciplined. My dad's journey was also all about hard work and his love for music. I think all these things will come together. Akshay is perfect for Mogul," Tulsi told PTI.
Akshay Kumar shared the film's first poster earlier in March and said: "My association with him began with my very first film. He was The Emperor Of Music! Now know his story."
Here's the poster of Akshay Kumar's Mogul:


My association with Him began with my very first film. He was The Emperor Of Music! Now know His story... #Mogul, The Gulshan Kumar story! pic.twitter.com/lD8V6s4HeX

Talking about the film, Tulsi said told PTI: "The film is an emotional thing for us because it is about my father's journey. I'll definitely sing in the film. The ground work of the movie has begun. I'm a singer today because of my dad. He was the one who pushed me to my full potential. It will be the proudest moment for me to be a part of this movie."
"Right now the scripting is going on, so depending on that we'll see. We have not yet decided. It's too early to say because the film will arrive in theatres next year and till then a lot of development is going to happen. But, definitely I'll be a part of that movie in terms of singing or rendering my voice," she added.
Gulshan Kumar started T-Series which is one of India's top music labels today. The company is currently managed by his son Bhushan Kumar and brother Krishan Kumar. Gulshan Kumar was shot dead outside a temple in Mumbai in August 1997.
Meanwhile, Akshay who was last seen in Jolly LLB 2 has Toilet: Ek Prem Katha with Bhumi Pednekar, 2.0 co-starring Rajinikanth and Padman with Sonam Kapoor and Radhika Apte, up his sleeve.
(With PTI inputs)