Mohit Suri's Half Girlfriend starring Arjun and Shraddha Kapoor is based on Chetan Bhagat's novel of the same name. "It is difficult as you can't base the entire book in a two-hour film," said Mohit Suri 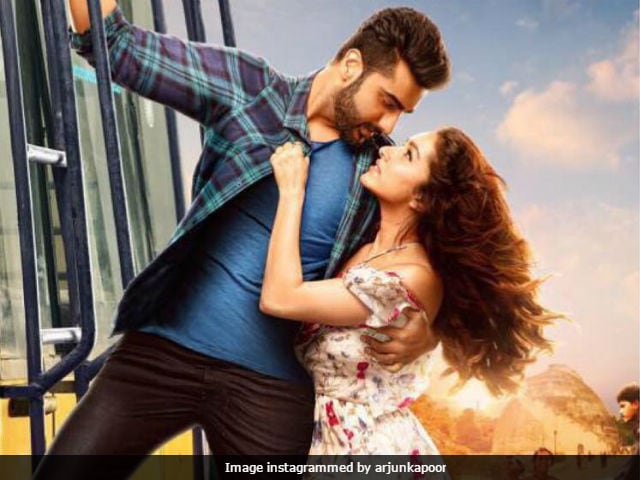 Filmmaker Mohit Suri is awaiting the release of his film Half Girlfriend starring Arjun and Shraddha Kapoor. The film, which is scheduled to release in theatres on May 19, is based on Chetan Bhagat's novel of the same name. Speaking to news agency PTI, the 36-year-old filmmaker said that adapting the novel for big screen was difficult. "It is difficult as you can't base the entire book in a two-hour film. There is a lot that you need to edit and make sure all the essential points are not lost out. We have changed certain things and Chetan Bhagat has been quite co-operative," PTI quoted Mohit Suri as saying.
"I have never made a film that had a story that people already knew. There is definitely pressure to living up to it (response the book got). But I have tried not to let this factor (pressure) affect me and have tried my best to stay honest to the story," Mohit Suri told PTI.
Half Girlfriend will see Arjun Kapoor portray the role of Madhav Jha, a man who hails from Patna in Bihar. The film features Shraddha Kapoor as Riya Somani, a Delhi-based college student. This is the first time Arjun and Shraddha Kapoor will be seen sharing the screen space.
Talking about his upcoming film, Mohit Suri told PTI: "It's an interesting concept. I wanted to show how two people come from different worlds and try to figure out whose world is a right."
Half Girlfriend marks Shraddha Kapoor's third collaboration with Mohit Suri. They have previously worked together in films such as - Aashiqui 2 and Ek Villain.
"We (referring to him and Shraddha) share a great relationship that has been successful on screen. This is my first film with Arjun and he is very endearing in the film. It was interesting to work with him," PTI quoted Mohit Suri as saying.
Earlier, there were reports of a rift between Arjun Kapoor and Mohit Suri during the filming of Half Girlfriend. However, the director refuted the reports and said that he would like to work with the Ishaqzaade actor again. "It's not true at all. It's bad to report such things. I have never had an issue with him. I don't know why people aresaying we had an issue. There were reports that he used to come late on the sets, but he was there for his grandmother's funeral, he wasn't partying. He has been honest to the film and I would like to work with him again," PTI quoted Mohit Suri as saying.
(With PTI inputs)