Mom wants me to have a regular job like others: Soha Ali Khan 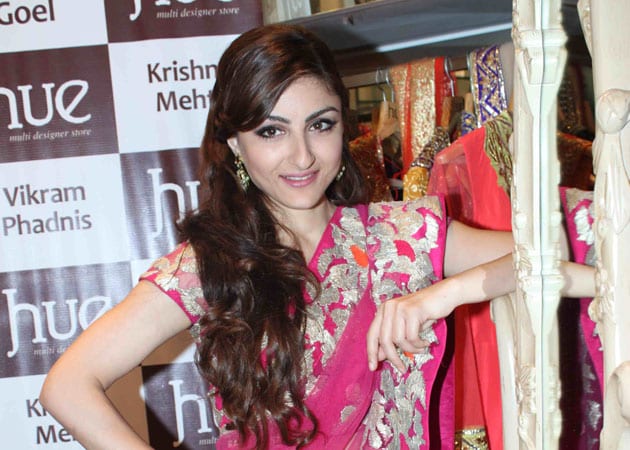 Despite a slew of critical films under her belt, it seems that somehow hasn?t impressed her mom yet.

Actress says mother Sharmila Tagore apparently expects her to become a lawyer someday.
Despite a slew of critical films under her belt, it seems that somehow hasn't impressed her mom yet. The reason is pretty amusing: Sharmila Tagore hopes to see her daughter have a stable job in the future, far away from the glamourous world of showbiz!
On being asked what kind of role Sharmila plays in her acting career, Soha candidly confesses that her mom has little to do with her choice of scripts. "She still expects me to become a lawyer someday. If not, at least have a regular job like others. But going by the way things are right now, I don't think that's taking place anytime soon," quips the 34-year-old actress.
Interestingly, she read geography at Balliol College, Oxford before earning a Masters degree in International Relations from the London School of Economics and Political Science. "Amma always thought I'd choose an academic career because I had that leaning from the very beginning. However, that wasn't to happen as I decided to get into films," sums up Soha.
Soha is currently the ambassador of the upcoming North East fashion fest. The idea is to promote the art and culture of the seven states and the petite actress is glad to be part of the initiative.
"I was more or less ignorant about the north eastern part of India but my ideas changed after I went travelling.
They have something unique about them," signs off Soha, who is slated to walk the ramp with the likes of Huma Qureshi, Mugdha Godse and Jiah Khan.