Mr India still tops the list of favourite movies to be watched on a Sunday afternoon for many. Here are some stunning pictures from the sets of Mr India 30 years ago, featuring Anil Kapoor, Sridevi, Shekhar Kapur and the rest of the team, all in monochrome 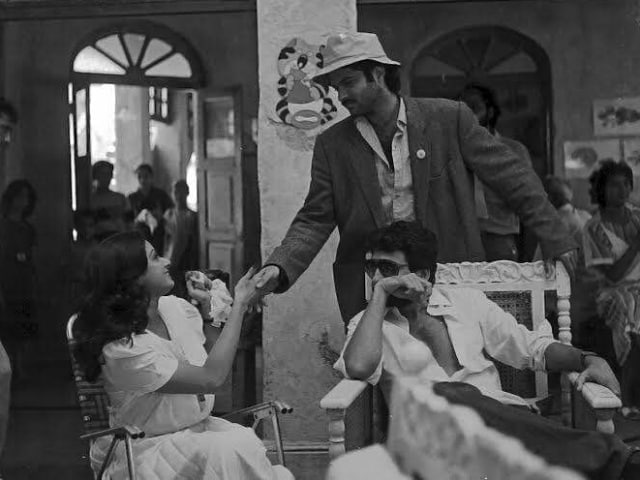 Anil Kapoor and Sridevi on the sets of Mr India

Anil Kapoor's superhero (of sorts) film Mr India still tops the list of favourite movies to be watched on a Sunday afternoon for many. Would you believe if we say it's been 30 years since its release? You must. Directed by Shekhar Kapur and produced by Boney Kapoor, the film hit theatres on May 29 in 1987. Mr India famously co-starred Anil Kapoor and Sridevi, later to become Boney Kapoor's wife. They played the lead roles - Anil Kapoor was Arun, a violinist who looks after a house full of orphans by day and becomes the titular invisible hero by night; Sridevi plays Seema, a feisty reporter who rents a room in Arun's house. Mr India marked the first major science-fiction movie to be made in Bollywood and was instantly loved by all.
The cast of Mr India was epic - Amrish Puri played iconic villain Mogambo, Annu Kapoor was a hapless newspaper editor, Satish Kaushik as the cook Calendar, and Sharat Saxena and Ajit Vachani as Mogambo's henchmen Daga and Teja. Ashok Kumar made a cameo appearance as the scientist who invents the watch that makes Mr India invisible, Bob Christo was unforgettable as the villainous Mr Wolcott in whose honour a party is held which Sridevi crashes memorably to Hawa Hawaii. The cast of children included Aftab Shivdasani, then about eight-years-old.
30 years later, Boney Kapoor will yet again produce a film starring Sridevi. This time, it's the Ravi Udyawar-directed MOM. "I'm so happy and proud that people remember Mr India fondly even today. I remember being one of the youngest members behind the camera and today with MOM, I'm the eldest member. With Mr India we were never dependent on the stardom of the actors, just on the magic of the film. All our fight sequences, stunts and the destruction...it was real-time direction and special effects; not done during post-production," Mr Kapoor said in a statement.
Ahead of the film's 30th anniversary, here are some stunning pictures from the sets of Mr India, featuring Anil Kapoor, Sridevi, Shekhar Kapur and the rest of the team, all in monochrome: 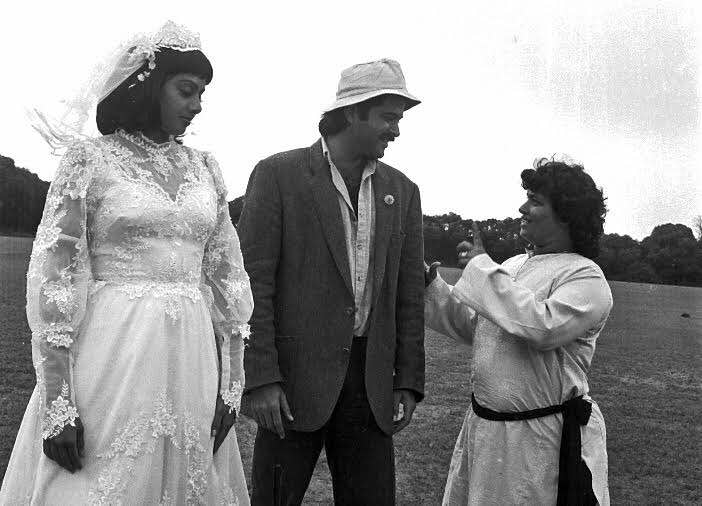 Anil Kapoor and Sridevi on the sets of Mr India 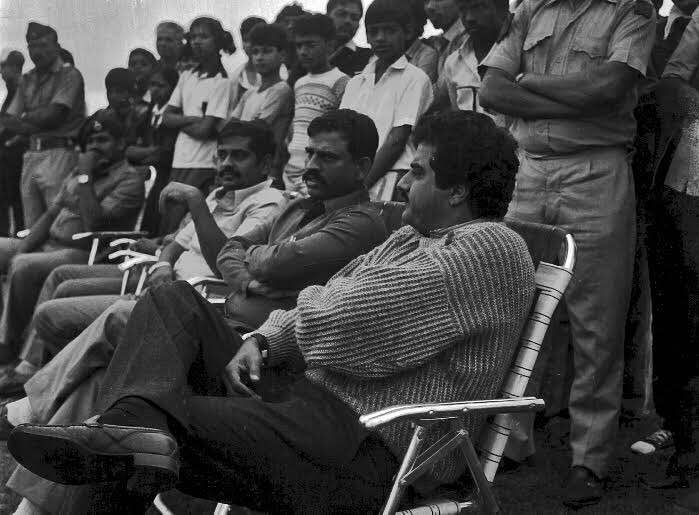 The team of Mr India along with producer Boney Kapoor The soundtrack of Mr India was composed by Laxmikant-Pyarelal and singer's Kavita Krishnan's rendition of Hawa Hawaii famously launched her career. Sridevi's parody of Charlie Chaplin in one scene is still cited as among her finest comedic work and her performances in Hawa Hawaii and the song Kate Nahi Kat Te are iconic.