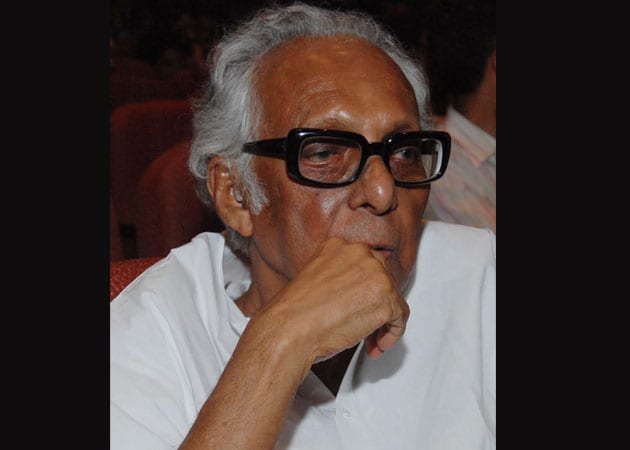 Filmmaker Mrinal Sen, who had sustained hip injuries two days ago, was "doing well" after a minor surgery here on Wednesday, family sources said.
The 90-year-old Dadasaheb Phalke awardee, who paved the way for parallel cinema in India with landmark films like Bhuvan Shome, had slipped on the bathroom floor on Monday, his wife said.
"He had injured his hip and was operated early morning today (Wednesday) at a private hospital. He is recovering and is doing well," Sen's wife Gita Sen told IANS over phone.
However, Mr Sen's date of discharge is not yet confirmed, she added.
The filmmaker had undergone a surgery due to a similar incident two years ago.
Mr Sen has won awards at several international film festivals including Cannes, Berlin, Venice and Moscow. His other films include Ek Din Achanak, Padatik and Mrigayaa.