Much Aishwarya, Such Wow. Watch Her Dance to Dola Re, Dhoom Machale 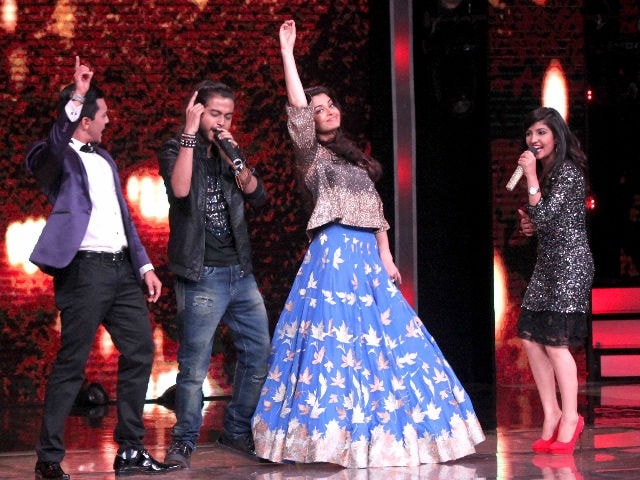 Aishwarya Rai photographed on the sets of Sa Re Ga Ma Pa.

It wasn't Aishwarya Rai Bachchan's performance in Sarbjit - the trailer promises a powerhouse turn - that thrilled the crowd on talent show Sa Re Ga Ma Pa on Thursday. It was her impromptu dance routine to two of her older hit songs - Dola Re and Dhoom Machale.
Both songs are meant to be jugalbandis - the first with Madhuri Dixit, the second with Hrithik Roshan - but the absence of a partner didn't get the 42-year-old actress down in the least. Asked to dance, she kicked off her heels and showed off moves of the smoothest sort.
Watch her dance to Dola Re:


Dhola re on #Sarbjit! #SaReGaMaPa@OmungKumar@RandeepHooda#AishwaryaRaiBachchan@MikaSinghpic.twitter.com/47jWTjkL75

And to Dhoom Machale:

Team Sarbjit - actor Randeep Hooda, director Omung Kumar and singer Mika Singh - bravely attempted to plug the Madhuri gap but really, who was looking at anybody but Aishwarya?


How often do you get to see a Singer, Actor, Director dance on Dola Re?! @MikaSingh@RandeepHooda@OmungKumarpic.twitter.com/mT3mXtJa8D


It's time shake a leg to the #TungLak song from #Sarbjit, here at the #SaReGaMaPa show. @RandeepHooda@MikaSinghpic.twitter.com/iAiRzgkY2K

Sarbjit, which tells the story of the Indian who died in a Pakistani jail some years ago, stars Randeep as the eponymous character and Aishwarya as his sister Dalbir Kaur. It opens on May 20.