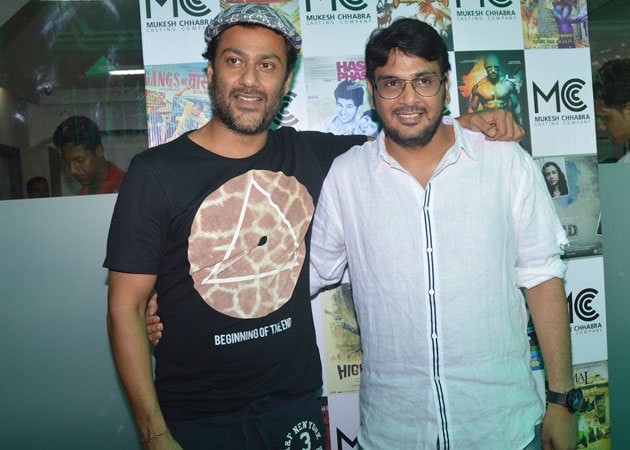 Mukesh Chhabra has opened the doors to a one-stop studio here - the Mukesh Chhabra Casting Company - with the avowed aim of offering acting and casting solutions.

Mukesh Chhabra has opened the doors to a one-stop studio here - the Mukesh Chhabra Casting Company - with the avowed aim of offering acting and casting solutions.
Its launch here on Monday turned out to be a star-studded event. (Also read:Abhishek Kapoor "Surprised" by Rekha's Understanding of Fitoor Character )
Mukesh Chhabra, who is known to have introduced several new talents in Hindi films, said, "It was my dream to have a casting studio which is accessible to all where any talented actor can just walk in and give an audition."
"This dream wouldn't have become a reality without the unflinching support of all the directors who believed in me and, of course, my dedicated team."
Names like Rajkumar Hirani, Anurag Kashyap, Imtiaz Ali, Abhishek Kapoor, Kabir Khan, Nikhil Advani, Nishikant Kamat, Suneil Shetty, Aditya Pancholi, Rajkummar Rao, Sushant Singh Rajput, Sidharth Malhotra, Aditya Roy Kapur, Shraddha Kapoor, Aditi Rao Hydari and Irshad Kamil attended the inauguration of the studio in full force.
Workshops will be held for Bollywood aspirants too.
The first weekend acting workshop will be conducted by acclaimed actor Manoj Bajpayee.
Talking about the focus of his workshop, Manoj said, "Acting is not about acting. Acting is about being. And that is what will be the focus of my workshop. I'm not an easy teacher and my expectations are pretty high. (Also read:When Raj Kumar Yadav faced rejection for Kai Po Che!)
"Mukesh is revolutionizing the whole casting business. There was no culture of auditions and workshops. What he is doing is going to make the casting business transparent."
Anurag Kashyap, who collaborated with Mukesh Chhabra on Gangs Of Wasseypur, Bombay Velvet and Ugly, said he always feels "much more relaxed" with the casting director around.
"I can give him any kind of brief and he will give me five options. This is the advantage of working with a good casting director," he added.
Rajkumar Hirani, who, for the first time opted for a professional casting director for the forthcoming film Peekay, said he was "very happy with the result".
"Very few people have an eye to understand what the role is. Some people get you pretty faces. That is not good casting. And Mukesh has a great understanding of characters," said the 3 Idiots director.