A crime branch officer confirmed the development to mid-day and said that the actor himself visited the police station on Friday, March 25, along with his lawyer and lodged the complaint. The 42-year-old actor is the complainant in the case and not his legal representative, the source said 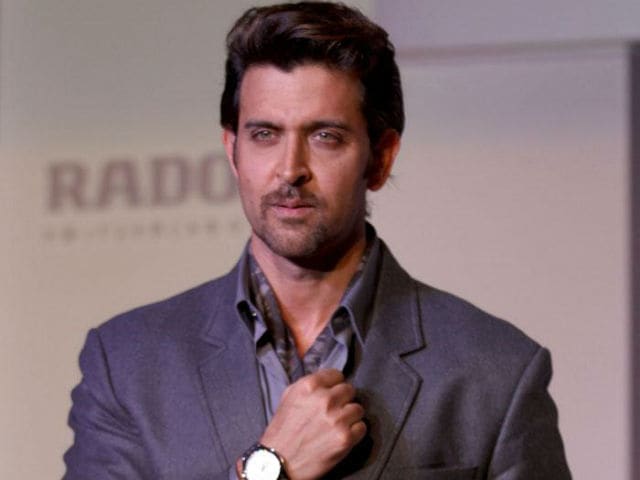 The cyber police station at the Bandra-Kurla Complex (BKC) have registered an FIR in the complaint made by Bollywood actor Hrithik Roshan, who complained that an unknown person impersonated him and was allegedly speaking to actress Kangana Ranaut on his behalf from an email address.

Image Courtesy:mid-day.com
A crime branch officer confirmed the development to mid-day and said that the actor himself visited the police station on Friday, March 25, along with his lawyer and lodged the complaint. The 42-year-old actor is the complainant in the case and not his legal representative, the source said.
"A case under relevant sections of Information Technology Act for identity theft and impersonation has been registered against an unknown person on the complaint made by the actor," said an officer.
Sources say that after the FIR, police have initiated investigation and approached a few people associated with the actor to get details on the suspicious e-mail ID and the communications made from it. However, no police officer was willing to come on record on the matter.
An officer said the content of the FIR is similar to that of Roshan's previous complaint. In his previous complaint to the cyber crime division, on December 12, 2014, Roshan had complained about an unknown person using the email-id: hroshan@email. com and talking to his fans.
The complainant's letter was then sent to concerned police officials. The actor's representative reminded the cyber cops about this complaint on March 5 and requested them to find out who the impostor is and take action. Roshan's father, Rakesh Roshan too visited the cyber police station and requested police to trace the accused.
The actor's lawyer had earlier said they would pursue the matter with the cyber crime division, as this is the crux (of the legal battle between Hrithik and Kangana) of the whole matter. The actor in his complaint had stated that he has a personal e-mail ID, which is hroshan@mac. com and does not have any other. He only communicates with the public from this e-mail address. He was informed that some unknown person is using the hroshan@email.com and is posing as Hrithik Roshan before the public.
In the complaint letter, the actor had said, "Many innocent people including my fans and certain people from the film industry have told me that they are communicating with me on hroshan@email.com. When I told them that my email id is hroshan@mac.com they are not ready to believe the same."
In his letter, Roshan also revealed that a young girl has sent a lot of personal stuff on that e-mail address. "A young girl sent a lot of photographs and film clips on the e-mail hroshan@email.com thinking that she is sending it to me. I believe the said material, if used wrongly, can ruin my reputation and the girl completely," the letter added.
A cyber police official said they have sent e-mails to the US-based e-mail service provider whose service was used in the suspicious communications and they are awaiting response from them.
In the past, cyber cops had requested Roshan to furnish print outs of the e-mails sent by the fake e-mail ID for initiating further action. Hrithik's lawyer had stated in the letter, "Our client has no access to any e-mails sent or received from hroshan@email.com."
(This story has not been edited by NDTV staff and is auto-generated from a syndicated feed.)