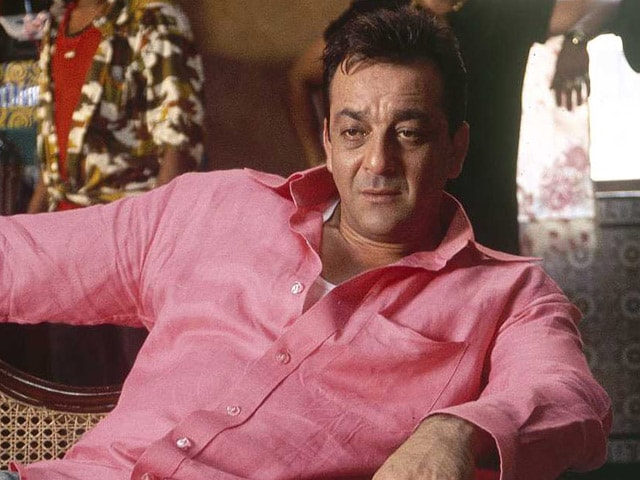 Sanjay Dutt in a still from Lage Raho Munna Bhai.

Rajkumar Hirani has two plum projects in the pipeline, both of which are associated with actor Sanjay Dutt

Director Rajkumar Hirani, who's PK is breaking box office records, has reportedly put the third installment of his Munna Bhai series on hold for incarcerated actor Sanjay Dutt.
The director who has two plum projects in the pipeline - both of which are associated with actor Sanjay Dutt - is apparently waiting for the star of the Munna Bhai series to return for good.
Mr Dutt, who also has a role in PK, is serving a prison sentence after he was convicted of illegal arms possession in connection with the 1993 Bombay Blasts. He is currently out of jail on a two week leave and has applied for an extension of another two weeks.
Mr Hirani had reportedly promised the actor that he would wait for him to return from jail before they start work on the film. Mr Hirani also said that there is a lot of work left on the script on which he'll work after completing a biopic of Sanjay Dutt. The Munna Bhai series features Sanjay Dutt as a good-natured goon. In the first film, Munna Bhai MBBS, he decides to become a doctor after an altercation with a doctor played by actor Boman Irani. In the second film, Lage Raho Munna Bhai, he preaches the principles of Mahatma Gandhi in a unique way , styled as Gandhigiri. Both films have been blockbusters and were praised by critics and audience alike.
Meanwhile, Mr Hirani is working on his other project which is a biopic of Mr Dutt and will reportedly feature actor Ranbir Kapoor in the lead role.
The film's script has been a work-in-progress for the last six or seven months, and Mr Hirani recently revealed that the story has started to take shape now. He also said that Ranbir would have to beef up to look convincing in the part of the built-up Sanjay Dutt.
Watch: