Harshaali shared a picture with Salman and captioned it: "Surprise, surprise for everyone. Coming soon." Three days later Harshaali's mother says the Bajrangi Bhaijaan co-stars shot for an advertisement together 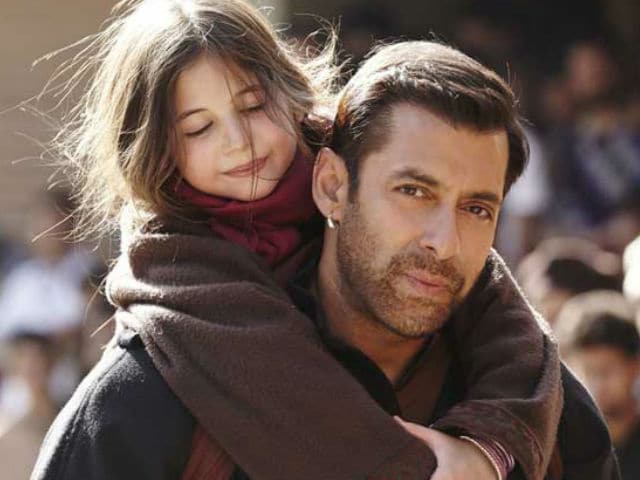 After captivating millions of hearts with their endearing bond in the 2015 blockbuster Bajrangi Bhaijaan, the adorable duo Harshaali Malhotra and Salman Khan will reunite yet again but this time on the small screen.
The eight-year-old actor will come together with the Dabangg actor for a television commercial of a cookie brand. The ad majorly focuses on Salman while Harshaali would appear for a quite span in the end, reports Pinkvilla.
As per sources, a parody of Selfie Le Le, the popular song from Bajrangi Bhaijaan would be used as backdrop jingle.
Harshaali shared a cute picture of her with Salman post her meeting with the superstar on the sets, her mother explained the moment, "With Salman Khan it is always a pleasurable experience. When they were shooting for Bajrangi Bhaijaan, Harshaali was shy. Only when the movie ended, she became comfortable with him. But this time, since the time Salman entered, she was with him. They sat down and spoke to each other for almost half an hour."

"Harshaali told Salman how her friends have been requesting her to make them meet Salman. She spoke to him about her school experiences and he was listening to her patiently. Then they headed for the ad shoot. Though the ad mainly focuses on Salman Khan, Harshaali has a cute appearance in it," she added.
The commercial will reportedly be on air in 10-12 days.
Salman has recently wrapped the first leg of shooting for Kabir Khan's Tubelight in Ladakh.
(Except for the headline, this story has not been edited by NDTV staff and is published from a syndicated feed.)