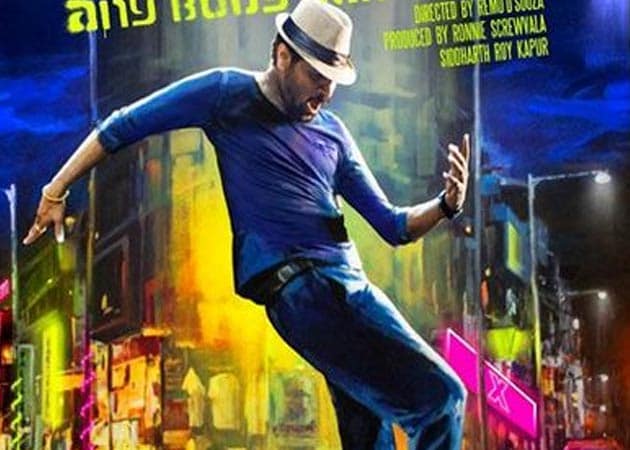 Prabhu Deva can be seen grooving to his epic dance number Muqabla in ABCD: AnyBody Can Dance. However, director Remo D'Souza says that the song is only for promotion.

Ace choreographer and director Prabhu Deva can be seen grooving to his epic dance number Muqabla in ABCD: AnyBody Can Dance. However, director Remo D'Souza clarifies that the song is only for promotional purpose.
"We have revived the song only for promotion. It was tough because it is such a big, legendary and a cult song that it was really tough to surpass that standard," the 38-year-old said on Thursday at a college fest.
When it comes to dancing, Remo feels Prabhu Deva was much ahead of his contemporaries.
"Prabhu Deva's dancing levels at that time were similar to what today's dancers do. He has worked hard and tried to touch that same level. But the song is not there in the film," he added.
ABCD: AnyBody Can Dance also features Kay Kay Menon and dancers Salman Yusuff Khan, Dharmesh and Mayuresh. The film is slated for a Feb 8 release.
While celebrities like tennis player Leander Paes, choreographer-director Farah Khan, and singers Shaan and Mika are facing the camera, choreographer-director Remo is not interested in acting.
"I keep coming on screen, directly or indirectly and I am not fond of anything more than that. I enjoy staying behind the camera more. I like working with talent and promoting them," said Remo who recently judged dance reality show Jhalak Dikhhla Jaa.
While Farah made her acting debut with Shirin Farhad Ki Toh Nikal Padi, Paes' first film Rajdhani Express hit theatres today (January 4).
Mika and Shaan play the lead in Balwinder Singh Famous Ho Gaya.