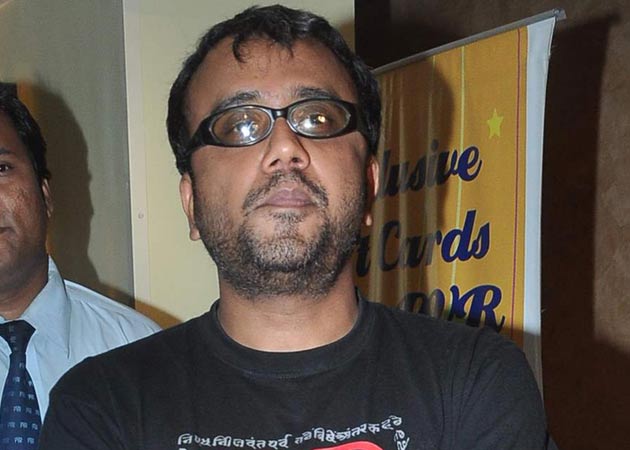 Bombay Talkies is a special project made in celebration of the centenary year of Indian cinema. Four directors - Zoya Akhtar, Karan Johar, Anurag Kashyap and Dibaker Banerjee - have put together one short film each to make one big movie.

While making Bombay Talkies with three other directors, Dibakar Banerjee has gone through the most fun experience of his life and he dreads leaving it behind.

While making Bombay Talkies with three other directors, Dibakar Banerjee has gone through the most fun experience of his life and he dreads leaving it behind.
"When again would I get the chance to work so closely with three of my friends Anurag Kashyap, Zoya Akhtar and Karan Johar," asked the successful auteur. Bombay Talkies is an anthology film consisting of four short films released on May 3.
"We were constantly in each other's space enjoying each other's works more than our own. Not only did we make these four films together we also promoted and marketed the finished product together. There was no sense of competition, only deep kinship," Dibakar Banerjee said.
Tell him that his film has been most deeply appreciated of the films comprising Bombay Talkies and Dibakar Banerjee brushes off the compliment, saying: "I am too close to my own work to judge its value".
"But my favourite film of the omnibus is Karan Johar's. Not only has he yanked himself out of his comfort zone he has made sure that he hasn't compromised on the telling of his story. I've seen the response to the gay kiss in his film. There's pindrop silence. The audiences are stunned," the director said.
About the presence of an Emu as a pivotal character in his film Dibakar Banerjee laughs and says: "That was an idea given to me by two documentary filmmakers who helped me with the film."
"You see, Emu farming was a major enterprise in innumerable households across Maharashtra and other states some four to five years ago. It ruined so many families. The Emu in Nawazuddin's home is symbolical of his wasted life."
Filled with praise for Nawazuddin's performance he says: "I wanted to work with him for the longest time. For many years he had made a habit of doing brilliant cameos in film after film. For my film the biggest compliment Nawaz got came from Anurag Kashyap. After seeing my film Anurag said, Yeh Nawaz hai? He is just unrecognisable in every character he plays."
Dibakar Banerjee urgently needed Ranbir Kapoor to make a cameo appearance in Bombay Talkies.
"I needed him for one shot. But it was impossible to get his time. He was shooting far away for his film Besharam. Ranbir and I both want to work together. And it will happen soon," he said.
At the moment Dibakar Banerjee is a hands-on producer for his erstwhile assistant Kanu Behl's film Titli which he and Yashraj films are co-producing together.
"I am not thinking of directing another film at the moment. I just want the out-of-the-box experience of Bombay Talkies to get optimum viewership," he says hopefully.