Naam Shabana: Mentions in his tweet that Sunday's footfalls at the theatre will prove to be "crucial" for Taapsee Pannu's new film 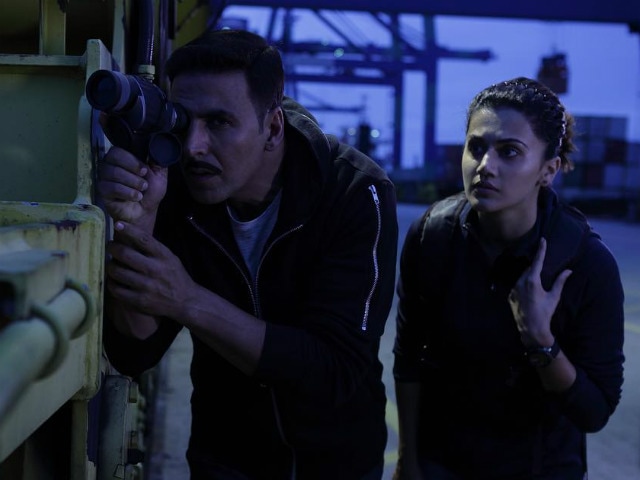 Naam Shabana: Akshay Kumar, Taapsee Pannu in a still from the film

Taapsee Pannu's Naam Shabana has completed its second day at the theatres and witnessed a growth of 24.41 percent on Saturday, reported trade analyst Taran Adarsh. Naam Shabana scored a total of Rs 11.49 crores after making over Rs 5 and Rs 6 crores on Friday and Saturday respectively, Mr Adarsh reported. Mr Adarsh also mentions in his tweet that Sunday's footfalls at the theatre will prove to be "crucial" for Taapsee Pannu's new film. Naam Shabana is a spin-off of Akshay Kumar's spy thriller Baby, and features the actor in an extended cameo. Akshay and Taapsee both reprise their roles from Baby in Naam Shabana.
Read Taran Adarsh's box office scorecard of Naam Shabana:

In his review for NDTV Movies, Saibal Chatterjee writes: "This isn't a one-woman show. Shabana's cocky senior Ajay Singh Rajput often takes the spotlight away from her. The character is after all played by a much bigger star. Granted that Naam Shabana takes a risk by building an action-packed tale around a woman. But the film is forced to hedge its bets by letting the Akshay Kumar cameo get bigger than cameos are usually meant to be."
Naam Shabana actually provided the backstory of Shabana Kaif, the secret agent who eventually joins Ajay Singh Rajput's (Akshay Kumar) team. Taapsee trained extensively in martial arts and combat for her action sequences in the film, which eclipse that of Akshay Kumar's.
Directed by Shivam Nair, Naam Shabana reunites the Baby cast with Anupam Kher, Danny Denzongpa and Madhurima Tuli reprising their roles while Manoj Bajpayee and Elli Avram are the new additions to the cast. South actor Prithviraj Sukumaran plays the role of a menacing arms dealer in the film.