Naam Shabana Box Office: The movie has made the highest business on Sunday so far, collecting over Rs 7 crores on Sunday, also reported Mr Adarsh 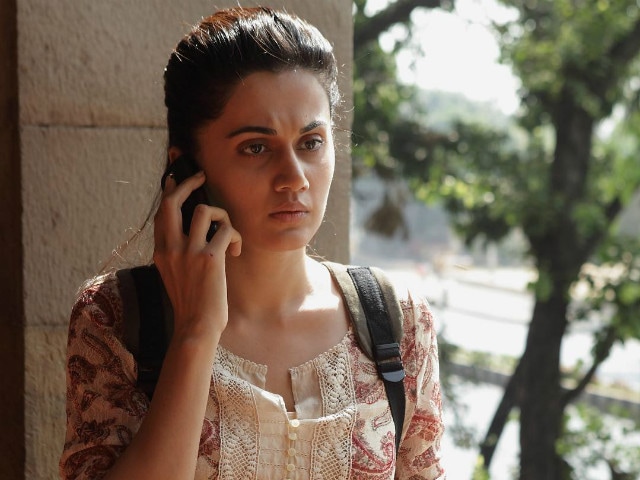 Naam Shabana Box Office: Taapsee Pannu in a poster of the film

Actress Taapsee Pannu's spy thriller has just completed its first weekend at the box office and scored a sum of Rs 18.76 crores on the report card, tweeted trade analyst Taran Adarsh. The movie has made the highest business on Sunday so far, collecting over Rs 7 crores on Sunday, also reported Mr Adarsh. He also provided a detailed break-up for Taapsee's new film and said "Naam Shabana performed better than some recent releases." Mr Adarsh evaluated Naam Shabana's performance at the box office to be 24.4 higher on Saturday and 14.13 percent higher on Sunday. Taapsee Pannu's Naam Shabana opened to theatres on March 31.

Naam Shabana is actually a spin-off of Akshay Kumar's 2015 film Baby and provides the back story of Shabana Kaif, the secret agent played by Taapsee. In his review for NDTV Movies, Saibal Chatterjee writes: "When we saw Shabana the first time around, in 2015's Baby, she had only 20 minutes of screen time to showcase her supple moves. But she left the audience in no doubt about her steely resolve. She revealed dazzling flashes of her bare-hands combat skills in the espionage drama from which the story of her induction into spydom has been spun off. The result isn't a smooth yarn. It is a wan, wishy-washy, wearied weave."
The Bollywood Khiladi also has an extended cameo as senior agent Ajay Singh Rajput in the film.
Naam Shabana is directed by Shivam Nair and produced by Neeraj Pandey, who helmed Baby. Actors Manoj Bajpayee and Elli Avram join Baby castmates Anupam Kher, Danny Denzongpa and Madhurima Tuli in significant roles. South actor Prithviraj Sukumaran features as a menacing arms dealer in the film.