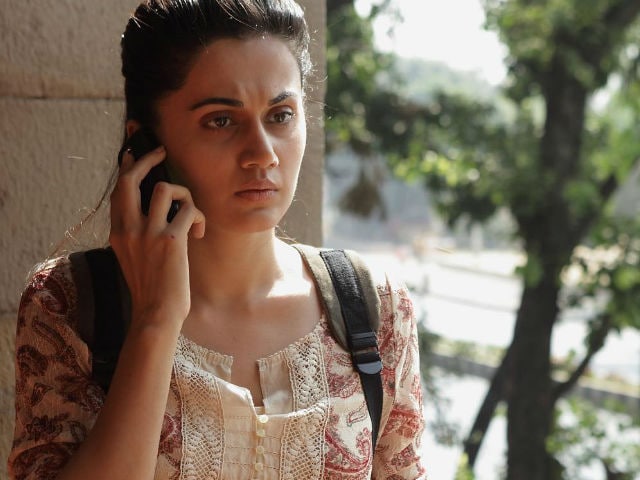 Taapsee Pannu's Naam Shabana is no longer a favourite at the ticket window. The film, which is a spin-off of 2015 sleeper hit Baby collected a mere Rs 1.07 crore on Friday, reported trade analyst Taran Adarsh. Taapsee's film is now running for the second week in box office and the trade analyst added that the film "might witness better numbers" over the weekend. Meanwhile, a string of new films, including the re-release of SS Rajamouli's Baahubali: The Beginging, hot the screens this week. However, none seem to have impressed the moviegoers. Taran Adarsh tweeted: "And the biz nosedives... The plethora of new releases have been non-starters at the ticket window... Sad scenario! (sic)"
Taapsee's film has now collected a little above Rs 28 crore.
Here's what Taran Adarsh tweeted:

And the biz nosedives... The plethora of new releases have been non-starters at the ticket window... Sad scenario!

This week actor Adil Hussain's Mukti Bhavan hit the screens. Mukti Bhavan got a Special Mention National Award and so did Adil Hussain at the 64th National Film Awards, which were announced on Friday in new Delhi.
Meanwhile, Despite the low numbers, Taapsee Pannu has a reason to celebrate because her Pink was named Best Film On A Social Issue. The film co-stars Amitabh Bachchan, Kriti Kulhari and Andrea Tariang.
Taapsee Pannu's Naam Shabana opened to decent reviews on March 31. "Taapsee Pannu, in Shabana's guise, comes out swinging," Saibal Chatterjee wrote in his review for NDTV. Naam Shabana also stars Anupam Kher and Manoj Bajpayee. The film also features Akshay Kumar in cameo.