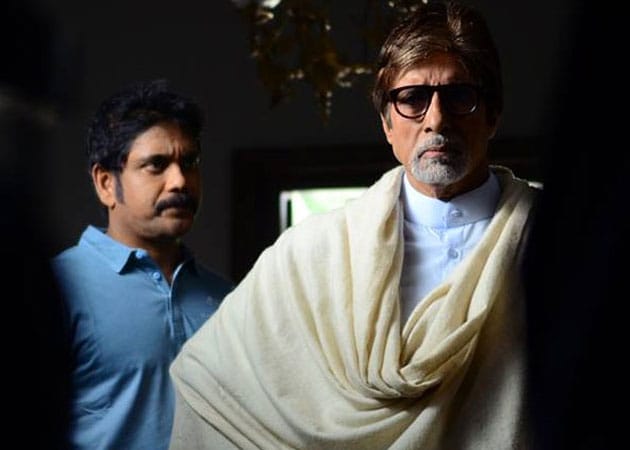 (This image was posted on Facebook by Amitabh Bachchan)

Noted southern actor Nagarjuna says he is in awe of megastar Amitabh Bachchan and surprised by his energy and passion for work.

Noted southern actor Nagarjuna says he is in awe of megastar Amitabh Bachchan and surprised by his energy and passion for work.
"He is a legend... I am in awe of him. Even at this age he has so much energy and passion, there is fire in his eyes. It is always a learning experience with him," Nagarjuna, who has teamed up with Mr Bachchan for an advertisement, said.
The south star had earlier worked with Big B in Khuda Gawaah. "It's been like 20 years and he is just the same, energetic, positive, hard working," he said.
When asked if he is looking to make a comeback in Bollywood, Nagarjuna said he does not believe in the concept but will take a call if anything interesting comes up.
Nagarjuna is happy with the remake trend of south films in Hindi and vice versa. "It is a healthy sign... it shows our culture is same. Films of north and south are liked by audience of both the regions," he said.
But personally, Nagarjuna would not like to remake any film.