'Nanda was an extraordinary human being and talented actress' 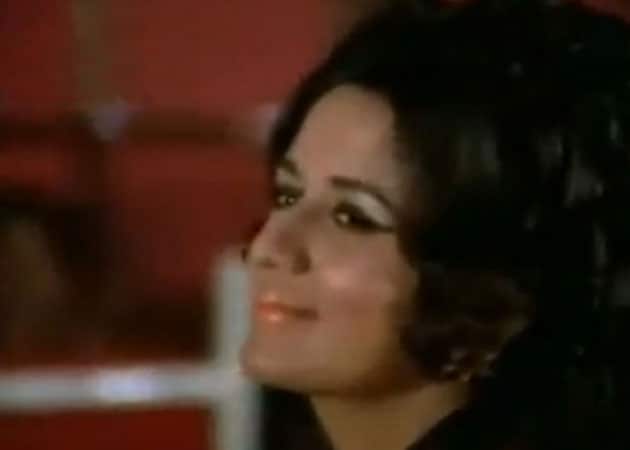 Nanda died due to a massive heart attack.

Expressing grief over yesteryear actress Nanda's death, veteran actors Manoj Kumar and Prem Chopra today described her as a very "down to earth person" and a "woman with no tantrums".

Expressing grief over yesteryear actress Nanda's death, veteran actors Manoj Kumar and Prem Chopra today described her as a very "down to earth person" and a "woman with no tantrums".
Manoj Kumar, who had shared screen space with Nanda in films like Gumnaam, Shor and Bedaag, says he is shocked and unable to digest that she is no more. "I started working with her when she was already established and I felt apprehensive to work with her. She encouraged me a lot. I had great experience working with her. She was obedient and punctual," Manoj Kumar told PTI.
Manoj Kumar remembers that he used to call her an angel. "She was a very down-to-earth person with no attitude, extraordinary human being and a very talented actress. I used to call her angel," he said.
Manoj Kumar says he loved her performances in Jab Jab Phool Khile, Ittefaq, Chhoti Behan and Toofan Aur Diya.
Noted actor Prem Chopra, known for playing villainous roles, says he was fond of Nanda not only as an actress, but as a person.
"I did not have the privilege to work with her, but I admired her work a lot. She was a very warm and loving woman. she had no tantrums. I had met her socially. She was good to talk," Prem Chopra told PTI.
"It is unfortunate that she is no more. My sentiments and prayers for the family. It is sad that a lovely woman like her has left us," he said.
Actor Sunny Deol, whose father Dharmendra had worked with Nanda, said the news of her death saddened him.
"She was an iconic actress and a very good human being. It is sad that she has passed away. When we lose a wonderful human being like her, it definitely brings in sadness," Sunny Deol told PTI.
The 75-year-old actress, who was the niece of legendary filmmaker V Shantaram, died on March 25 at her Andheri residence here.
Remembering Nanda, melody Queen Lata Mangeshkar, says she was great friends with the actress from childhood and they met while Lata was working as a child artiste in Nanda's father Vinayak Damodar Karnataki's company.
"I feel sad to know that actress Nanda whom we used to call Baby Nanda has passed away. When she was 4-5 years old, she played the role of my younger brother in a film. I worked in Nanda's father, master Vinayakji's company as a child actress since 1943. I was great friends with Nanda and her elder sister Meena.
I did playback for her since her first film Toofaan Aur Diya. She was a great human being, may her soul rest in peace," Lata Mangeshkar, 84, recalled in a tweet.
"Saddened to hear that veteran actress Nandaji has passed away. Jab Jab Phool Khile & Gumnaam still remain favourites. End of an era. RIP," Madhur Bhandarkar.
"Just heard the sad news. Nanda ji RIP. Always so dignified," Rohit Roy tweeted.
"Na Na Karte Pyaar Tumhi Se Kar Baithe - RIP Nandaji," Riteish Deshmukh tweeted, recalling one of the famous songs picturised on the actress.