Nargis Fakhri is in New York Because of Ill-Health, Confirms Her Rep

"She has no plans to leave Bollywood and will be back to sets to complete the pending patchwork for her film Banjo in the second week of June. In addition, she has already verbally agreed to two other projects for 2017 before she left and will complete the paperwork when she's back," said Nargis' spokesperson 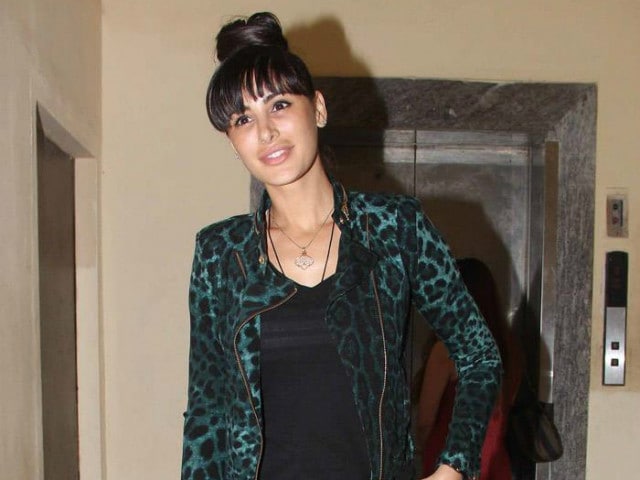 A file photo of Nargis Fakhri.

Actress Nargis Fakhri is out of country to address her health issues and not because of either a rumoured calling-off of a wedding with Uday Chopra or a decision to quit showbiz, the actress' spokesperson has said.
"Nargis has been extremely overworked working on three films simultaneously over the last year. For someone who is used to doing one film at a time, this was quite a bit for Nargis. In addition, she has been unwell right through the Azhar promotions with multiple injuries - torn hamstring, anterior knee ligament thinning and mild socket dislocation along with burning of the stomach lining due to lead and arsenic poisoning. Due to these multiple issues and her overall exhaustion, she had a fever of about 101 degrees right through her promotions," read an official statement by the actress' spokesperson.
Nargis' sudden disappearance, even from the promotions of her film Azhar has set the gossip mills running.
There are media reports that Nargis was all set to announce her wedding with actor-producer Uday, but it was called off. Rumours were also rife that following the rumoured breakup, she had a nervous breakdown and left the producers of all her upcoming films in a lurch.
However, the Rockstar actress' spokesperson has a different story to tell.
The representative added that it is due to Nargis' deteriorating condition that she had to request Sajid Nadiadwala - producer of her next film Housefull 3 - and "bow out of its promotions to go back home to New York for a month to address all her medical issues and recuperate".
In Azhar, Nargis plays the role of Mohammad Azharuddin's second wife Sangeeta Bijlani. Next up, she will be seen in Housefull 3 and Banjo.
"She has no plans to leave Bollywood and will be back to sets to complete the pending patchwork for her film Banjo in the second week of June. In addition, she has already verbally agreed to two other projects for 2017 before she left and will complete the paperwork when she's back. That coupled with her brand commitments that extend over multiple years, is testament of her being here to stay for good," the spokesperson added.
Confirming that Nargis left mid-way through the work for Housefull 3 due to her health, Mr Nadiadwala said: "Our priority is Nargis's health. We do hope that she recuperates fast and can be there around the release of the film as she is an integral part of Housefull 3 team."