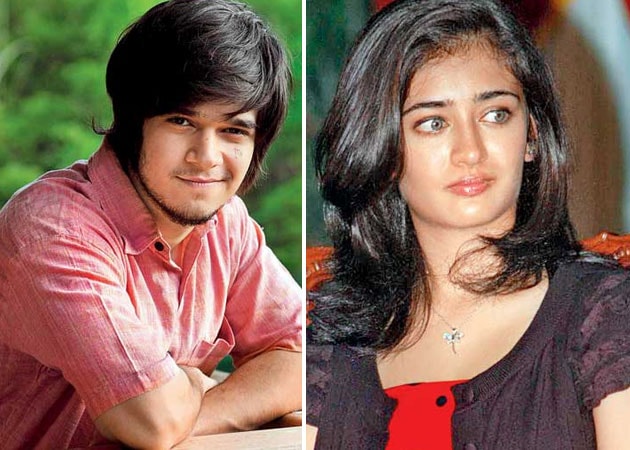 Vivaan Shah and Akshara Haasan have not admitted to dating.(Image: Mid-Day.Com)

Naseeruddin Shah says he has spotted son Vivaan and his alleged girlfriend Akshara Haasan together several times but declines to comment on the state of their relationship.

Naseeruddin Shah says he has spotted son Vivaan and his alleged girlfriend Akshara Haasan together several times but declines to comment on the state of their relationship.
Vivaan Shah and Akshara Haasan may not have yet admitted to their roaring romance, but the truth can't escape daddy's eyes. Vivaan's father veteran actor Naseeruddin Shah states he too has 'spotted' the two in each other's company.
Both Vivaan and Akshara have been clicked at different public places together and the young lad apparently has also been introduced to his girlfriend's older sister Shruti. Akshara is South actor Kamal Haasan's younger daughter.
In between laughing out loud, Naseer says, "Well, I have also seen both of them together a lot of times, and she is a sweet girl. But I wouldn't like to comment on the state of the relationship. If you want more details then you can ask him (Vivaan) about it."
A source says, "The couple has known each other from long. In fact, at Akshara's birthday in March last year, Vivaan was present and even met Shruti. Apart from a few close friends no one is aware about their relationship status."
It was reported about the two romancing each other in 'Are Vivaan and Akshara a couple?' (July 14, 2012). But at that time, Vivaan had denied they were seeing each other and said Akshara was just a childhood friend.
It's indeed such a small world. Many comparisons have been drawn between Naseer and Kamal when it comes to their acting prowess. Now that Naseer seems to be in the know-how about the youngsters' romance, wonder what Kamal has to say about it.