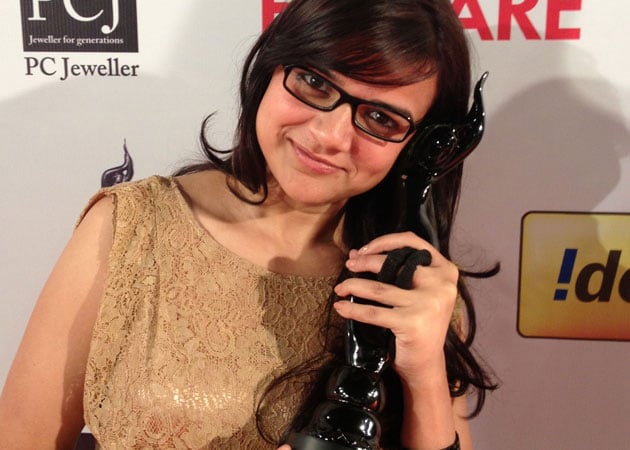 Namrata won the National Award for the best editor for Kahaani.

National award winning film editor Namrata Rao says her long-term goal is to direct a film.
A Dibakar Banerjee find, Rao earlier showed her skills in films Band Bajaa Baaraat, Ishqiya, Oye Lucky! Lucky Oye!, Love Sex Aur Dhokha and Shanghai among others.
"I would like to write and direct a film at some point of time. It is not a plan, if it happens organically then good. I would want to do it for sure, but not soon as right now I am enjoying editing films," Namrata told PTI.
She reveals she would love to make a film on life and its realities.
"I like slice of life films. It has to be something that I can connect with it. All the films that I have done are kind of films that I would love to make, be it LSD, Oye Lucky..., Band Baaja Baarat, Ishqiya or Kahaani," she said.
When asked if she has actors in my mind for her directorial venture, Namrata says she would love to work with newcomers as they give time and attention.
Recently, Namrata won the National Award for the best editor for Kahaani.
One of the youngest editors in Bollywood, 32-year-old Namrata had earlier bagged the best editing statuette at Filmfare, Zee Cine Awards and Colors Screen Awards for Kahaani.
"I think the scenario towards women is changing in industry. It is due to the reflection of society as there is a change happening there," she said.
Presently, she is busy with Yash Raj Films' upcoming movie which stars Parineeti Chopra and Sushant Singh Rajput in the lead.