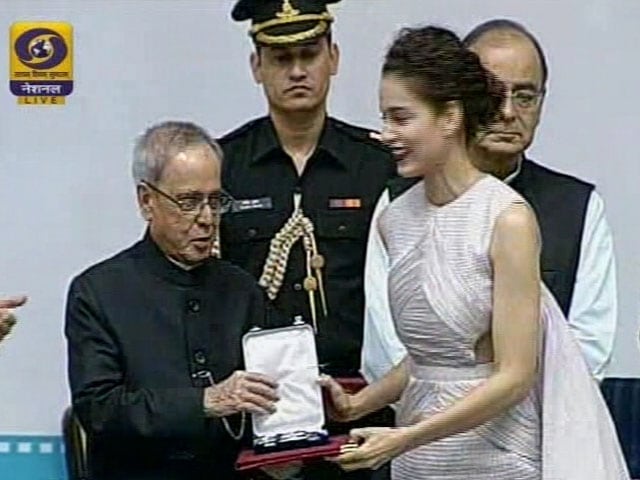 Kangana earlier told NDTV she was in a very fulfilling phase of her life. Image courtesy: DD National

Actress Kangana Ranaut collected her National Award today at a ceremony in New Delhi. The awards were handed out by President Pranab Mukherjee. (Pics: Big Winners)
Kangana, who does not attend Bollywood award shows (and wasn't present to collect the Filmfare prize for Best Actress she won this year), looked ravishing in a mauve cut-out Bibhu Mohapatra dress with a cape.
Kangana received the Rajat Kamal for Best Actress for her acclaimed performance in 2014's Queen while Kannada actor Vijay received the Rajat Kamal for Best Actor for Nanu Avanalla Avalu. 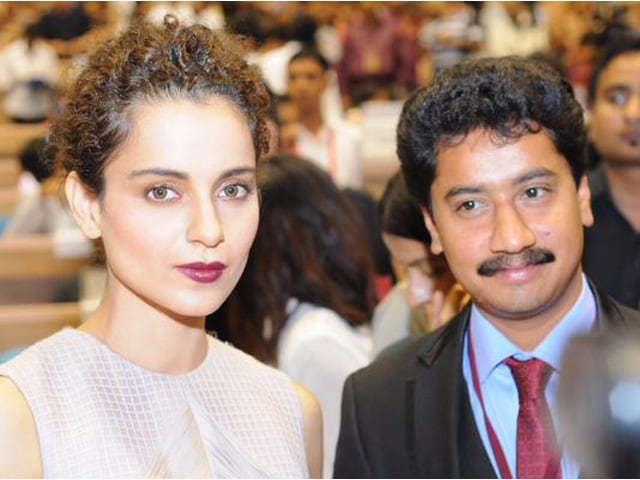 This image was posted on Twitter by @MIB_India
Kangana, for whom this is the second National Award after her Best Supporting Actress win for 2008's Fashion, spoke to NDTV a few hours before she received the award. She said she was thrilled when she heard she'd won and revealed that she was in a very fulfilling phase of her life where everything seemed picture perfect. "I am very happy that there is pressure on me, I think I can deal with it," she said.
Director Chaitanya Tamhane and actor-producer Vivek Gomber received the Swarn Kamal for Best Feature Film for Court. 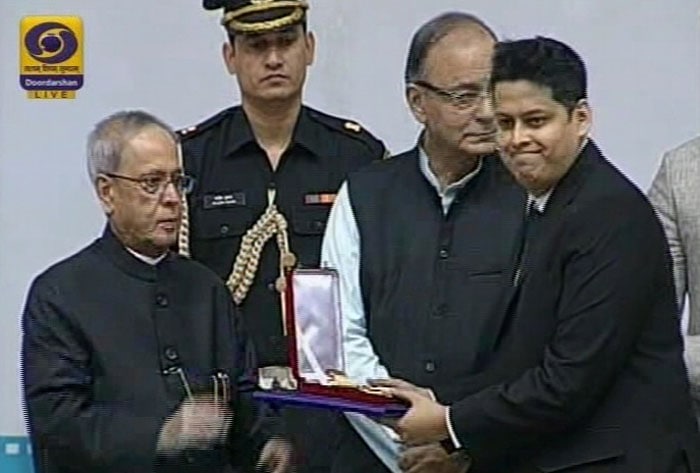 Vikas Bahl, who directed Kangana in Queen, collected the award for Best Hindi Film along with director Vikramaditya Motwane, who co-produced the film with Anurag Kashyap. 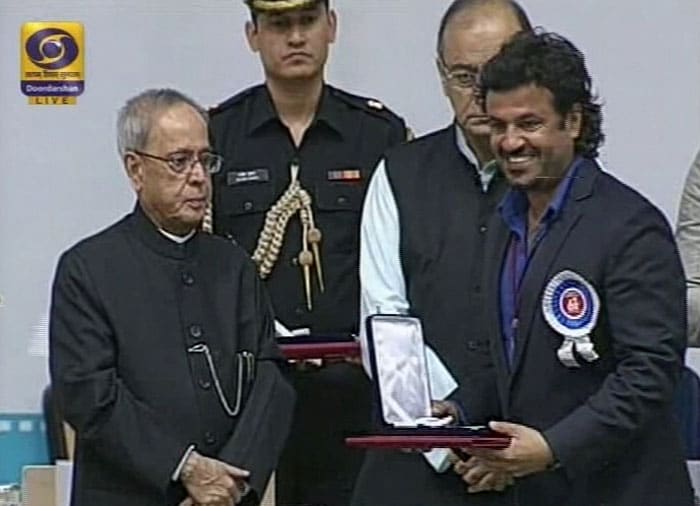 Director Omung Kumar received the award for Best Popular Film Providing Wholesome Entertainment for Mary Kom. He had earlier told NDTV when the National Awards were announced, "It's the biggest high anyone could get. I'm top of the world, a dream come true, my first film and this honour is overwhelming." 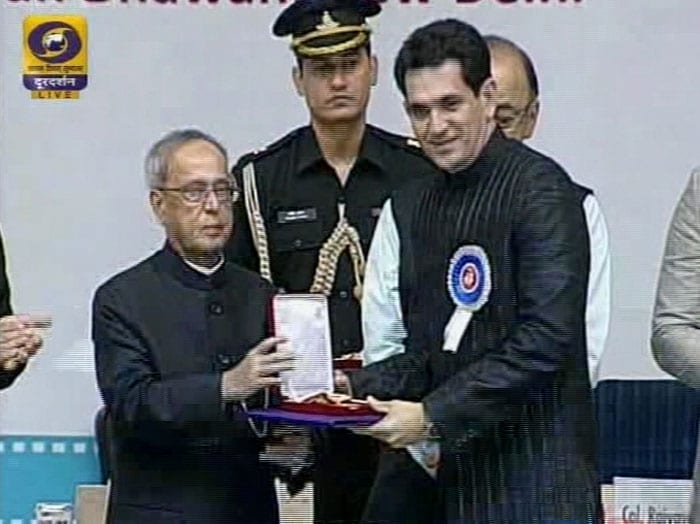 Director Vishal Bhardwaj, whose film Haider won in five categories, collected his awards for Best Dialogues and Music Direction. He told NDTV prior to the ceremony, "I am feeling extremely happy and elevated. I don't think any film has won five awards, it's a matter of honour for me." 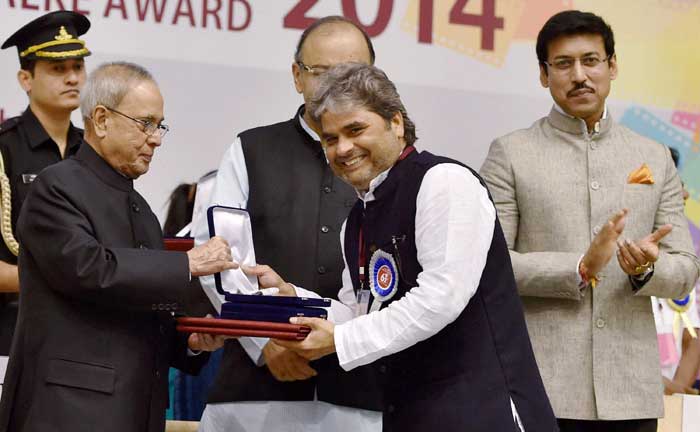 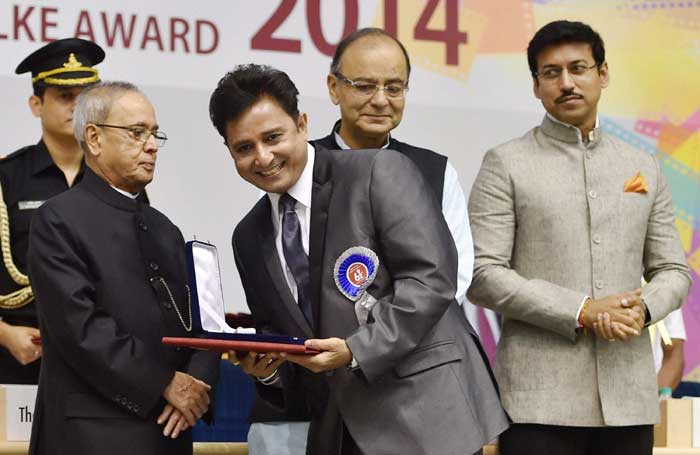