Nawazuddin Siddiqui: Confident about heading in the right direction 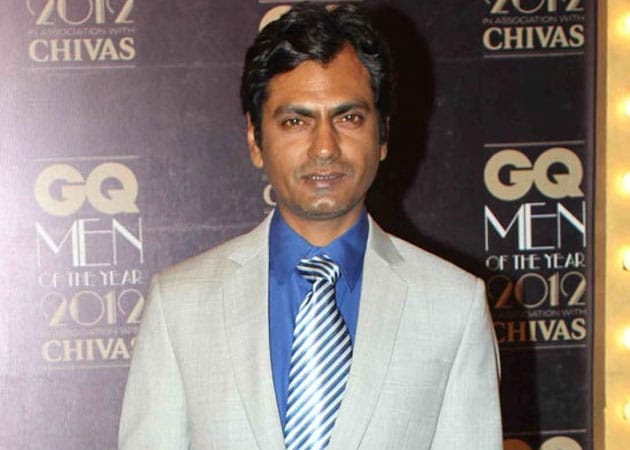 Nawazuddin Siddiqui has garnered critical acclaim for his performance in films like Kahaani, Gangs Of Wasseypur.

On his way to Cannes once again -- with three films Monsoon Shootout, Bombay Talkies and Dabba -- Nawazuddin Siddiqui is confident that his career is moving in the right direction.

On his way to Cannes once again -- with three films Monsoon Shootout, Bombay Talkies and Dabba -- Nawazuddin Siddiqui is confident that his career is moving in the right direction.
"It's a very special feeling for me because three of my films are going to the Cannes International Film Festival. It's a very, very proud moment for me and my family. At least now I am confident that I am heading in the right direction and have not taken the wrong track," said Nawazuddin.
In fact, last year too he had wowed the audience at the prestigious film fest with his work in Gangs of Wasseypur and Miss Lovely, which were screened there.
Success came late to the actor, but he is not buoyed by it and is choosing films with care.
"Frankly speaking, recently I was flooded with offers for the lead roles. I was offered around 200 films, but I have chosen only one film out of it. I am presently shooting for Anwar Ka Ajeeb Kissa in Kolkata. I am happy that I am doing films that I can relate to and not doing it just for fame and money," said the 39-year-old.
For a change, he is now busy and happy too.
"I am happy to be busy because I had seen days when I had nothing to do. I used to sit at home waiting to get some work. Now I am happy that finally my hard work has paid off," he said.