Nawazuddin Siddiqui could have been in Oye Lucky! Lucky Oye: Dibakar Banerjee 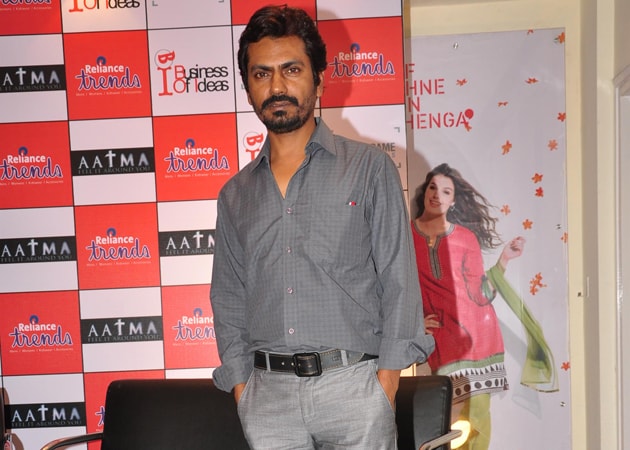 Nawazuddin Siddiqui will next be seen in Bombay Talkies.

Nawazuddin Siddiqui had caught the attention of filmmaker Dibakar Banerjee after Black Friday and he was keen on casting him in Oye Lucky! Lucky Oye but couldn't locate the actor.

Nawazuddin Siddiqui had caught the attention of filmmaker Dibakar Banerjee after Black Friday and he was keen on casting him in Oye Lucky! Lucky Oye but couldn't locate the actor.
The 39-year-old actor entered Bollywood in 1999 with a blink and miss role in Aamir Khan starrer Sarfarosh.
However, his first breakthrough role came in 2004 with Anurag Kashyap's Black Friday, the film on Mumbai's 1993 bombings, where he played a terrorist.
After 14 years of struggle, his role as the hot-headed Intelligence Bureau officer Khan in Kahaani and drug-addled Faizal Khan in Kashyap's two part revenge drama Gangs of Wasseypur, finally changed things for him.
"It is not that after Gangs of Wasseypur I thought of working with Nawaz. I wanted to work with him since 'Black Friday', because I have been seeing him in small and bits parts in lots of films and he has impressed me," Dibakar told PTI.
The director loved his performance in films like Patang, Peepli Live and many others where he has left a mark.
"I wanted to work with him in Oye Lucky! Lucky Oye. I just couldn't find him. I wanted Nawaz to act as Abhay's sidekick in the film, but that was ultimately played by Manu Rishi. He made it as his role and did a good job," he said.
But now Dibakar is working with Nawazuddin for his upcoming film 'Bombay Talkies', which celebrates 100 years of Indian cinema.
It is for the first time that four top directors from Bollywood - Dibakar Banerjee, Karan Johar, Zoya Akhtar and Anurag Kashyap - have come together for a venture comprising four short films.
Dibakar's short film is based on Satyajit Ray's short story, which is an emotional tale of a father-son relationship.
However, the setting has been changed. From being a story about a middle-class Bengali family, it will now be about a Marathi family.
"My film is based on a story written by Satyajit Ray in 1960s and I read it as a kid. When I heard about 'Bombay Talkies' I felt this story would be the best for this film. I adapted it and changed it," Dibakar said, without divulging any further details.
Dibakar has opted for Rabindranath Tagore and Chopin's music for his segment in 'Bombay Talkies'. "I have adapted it and composed it myself. It was lovely. I was working with flutist Rakesh Chaurasia and many other live musicians. I hold film background music higher than the song. I loved doing it," he said.
The producer-director is all praise for Karan Johar and says this film (Bombay Talkies) will be the re-invention of Johar.
"I wanted someone like Aditya Chopra or Karan Johar for this film. I liked the idea of having them. When Ashi Dua, the producer told me she has spoken to Karan about this, I said, just get him on board. I had an instinct that Karan was waiting for something like this, to break out (of his films)," he said.
"I think Bombay Talkies is a debut of a director called Karan Johar and you will get to see many more fresh films from him," he added.