Nawazuddin Siddiqui Doesn't 'Care' About Awards. Here's What He Said

"I feel fortunate that I am being offered all kinds of films. In a new film, I am also doing a romantic role. As an actor, I am experimenting with all kinds of genres," said Nawazuddin 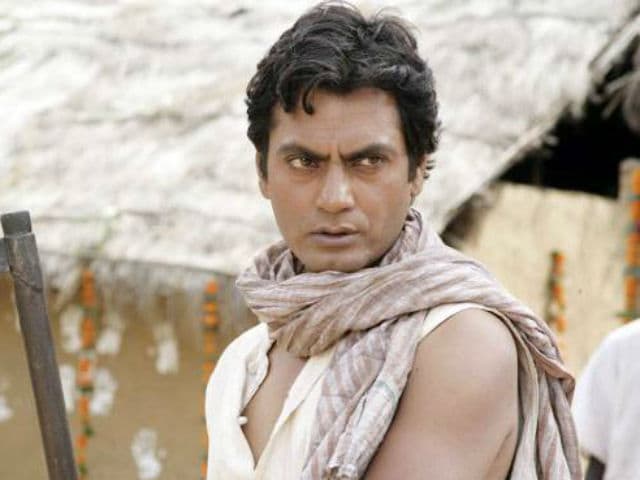 Nawazuddin Siddiqui in a still from Manjhi - The Mountain Man.

Actor Nawazuddin Siddiqui, acclaimed for his portrayal of strong characters in content-driven films, said that he doesn't care about awards.
"Awards don't matter to me. I don't care about awards. After an award function, everybody forgets who got an award but it's your performance that people will remember forever. Award is just an episode where everyone meets each other, wears good clothes and that's it," Nawazuddin told IANS here.
Nawazuddin, who has been a part of films like Gangs of Wasseypur, Kahaani and Te3n, said that this is the best phase for all the actors to experiment in Indian cinema.
"I feel fortunate that I am being offered all kinds of films. In a new film, I am also doing a romantic role. As an actor, I am experimenting with all kinds of genres. It's a great time for an actor, so one can experiment and one should take advantage of this phase," said Nawazuddin.
The actor also believes that to sustain in this industry, one should think twice before signing a film.
"As an actor, you have to take a step back and think what you want to do and what not. Had I done all the films offered to me at that point of time, then by now my career would have come to an end," said Nawazuddin.
"Many people will feel bad that you didn't do their film, but you have to think about yourself and see how much variations you can give," he added.
Nawazuddin's new film Raman Raghav 2.0 released on Friday.
The thriller, directed by Anurag Kashyap, is based on the notorious psychopath Raman Raghav who embarked on a murderous killing spree in Mumbai during the mid-1960s.
"It was very difficult because he (the character) has a very different kind of philosophy and logic to a normal person. He could give a justification for these murders. It was very disturbing shooting this film because my mind doesn't work like that," said Nawazuddin.
Raman Raghav 2.0 also stars Vicky Kaushal and Sobhita Dhulipala.
(Except for the headline, this story has not been edited by NDTV staff and is published from a syndicated feed.)