Nawazuddin Siddiqui Will Rap In His Film Babumoshai Bandookbaaz 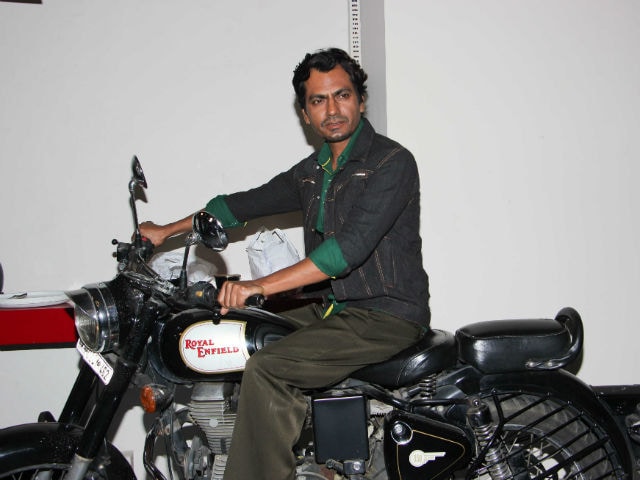 Actor Nawazuddin Siddiqui unveiled the teaser poster of his upcoming film Babumoshai Bandookbaaz on Twitter yesterday. The 42-year-old actor, who will be showing of his dancing skills in Sabbir Khan's Munna Michael , is now all set to rap in his film Babumoshai Bandookbaaz, reports Mumbai Mirror . The song, titled Humre Baap Ka Bitwa Bandookbaaz, has been written by Ashmith Kunder and music composed by Gaurav Dagaonkar. Speaking to Mumbai Mirror , Nawazuddin Siddqui said: "I love trying new things! I have never danced in my life, and now not only am I dancing but also rapping. When you get down to actually doing it, you realise it's not that difficult."
The Manjhi - The Mountain Man actor added that he is not worried about memorizing the lyrics of the song. He told Mumbai Mirror : "Once I remember a long part, especially if it is in continuation, it's easy to keep repeating it as it gets stuck in my head. That's why I don't forget my lines and also why I am not worried about rapping. The song is as quirky and funny as my character in the film, so it will be catchy. I think people will enjoy it."
Babumoshai Bandookbaaz, directed by Kushan Nandy, is a story about a contract killer named Babu. The movie spins around his love life, his friends and rivals.
Nawazuddin Siddiqui was last seen in Rahul Dholakia's Raees starring Shah Rukh Khan and Mahira Khan. He will next feature in Nandita Das' film Manto. His other upcoming projects are Munna Michael and Chanda Mama Door Ke.