Nawazuddin Went Through a 'Disturbing' Process For Raman Raghav 2.0 Role

"The process of preparing it was disturbing. He is not a normal person. He is proud of his killings and has a justification for it. I may not think like that but when you are playing a character like this, you have to believe that otherwise you won't be able to justify it," said Nawazuddin 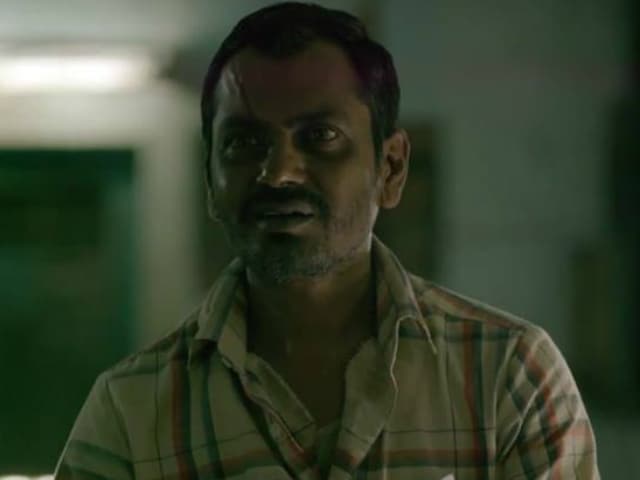 Nawazuddin Siddiqui in a still from Raman Raghav 2.0.

Playing an unhinged serial-killer is not one of the easiest things to pull off but Nawazuddin Siddiqui said that he was confident about his role in Raman Raghav 2.0 because Anurag Kashyap was behind the camera.
Nawazuddin, 42, first collaborated with Anurag in a small role in the director's debut film Black Friday but it was Gangs of Wasseypur 2 that saw the actor play his first memorable lead role.
The Badlapur star said that he shares a great chemistry with Anurag, who he feels manages to get the best out of him.
"I feel very confident with Anurag. When he is behind the camera, I feel I can be the best actor in the world. He gives me that kind of security, which an actor seeks in his director. I can't explain the chemistry we have but we can sit for hours together without exchanging a word," Nawazuddin told PTI in an interview.
Anurag has already spoken about how disturbing it was for Nawazuddin to play the role as the actor fell ill during the making of the film, which is a contemporary take on notorious serial killer Raman Raghav. The movie is scheduled to release this Friday.
Nawazuddin said it was hard to believe that a person like this Raman Raghav existed and it was a disturbing process to prepare for it.
"The process of preparing it was disturbing. He is not a normal person. He is proud of his killings and has a justification for it. I may not think like that but when you are playing a character like this, you have to believe that otherwise you won't be able to justify it," said Nawazuddin.
To unwind from shooting, Nawazuddin often takes a trip to his village in Muzaffarnagar and spends time farming.
"It is important to separate the reel from reality. I go to my village and do farming. I like it there. I feel like I am the same old person. It gives you a breathing space," he added.
Asedk whether things have changed in the village now that he has become a big star, Nawazuddin said, "My stardom does not work there. You have to stay like a farmer and they like that. They feel that they have their old friend back."
Nawazuddin has come to be known as one of the finest actors in Bollywood and his ability to transform on screen has endeared him not only to the indie filmmakers but also to star-driven projects be it Salman Khan's Kick, Bajrangi Bhaijaan or Shah Rukh's upcoming drama Raees.
Nawazuddin however said that he is careful in selecting the big budget projects as he believes he can't afford to make mistakes.
"I do only those big projects where I feel I have something to do. The character should be important, it should have individuality. In Bajarangi Bhaijaan, I had a unique character, Salman and a director like Kabir Khan. It is difficult to say no sometimes. I want the other person to understand my reasons. When you have options, then you have to be careful. I feel I can't afford to make a single mistake, it is not forgivable for me. So, I am careful. There are people who understand why I say no but sometimes people think 'How can he reject my film'," he said.
Nawazuddin has a number of projects lined up including Haraamkhor, comedy film Ghoomketu, a Sohail Khan film and another project with The Lunchbox director Ritesh Batra titled Photographer.
"Ghoomketu is an out and out comedy. It is currently being edited. I am doing Sohail Khan's film with Amy Jackson and also Ritesh Batra's Photographer. Comedy is the easiest thing for me because I did 150 plays during my theatre days. I understand the timing and what makes people laugh. But the most interesting emotion for me is romance and luckily I am doing such films now. My film with Amy is romantic and Ritesh's film is full of romance. I am excited to reteam with him after The Lunchbox," said Nawazuddin.
(Except for the headline, this story has not been edited by NDTV staff and is published from a syndicated feed.)