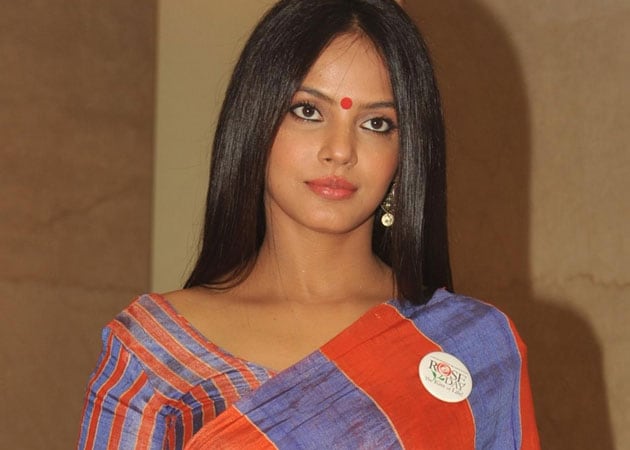 Write-ups suggesting that actor Randeep Hooda, once a very close friend of actress Neetu Chandra, showed up at the Prithvi Theatres to witness her stage debut as Umrao Jaan for old times' sake, have her fuming.

Write-ups suggesting that actor Randeep Hooda, once a very close friend of actress Neetu Chandra, showed up at the Prithvi Theatres to witness her stage debut as Umrao Jaan for old times' sake, have her fuming.
"This isn't what I want to be known for. I don't want my moment of glory to be diluted by talks about whom I am seeing or whom I am broken up with," said the actress of films like Traffic Signal and Garam Masala.
"My stage debut doesn't need such props. There were so many senior theatre artistes present for my stage debut like Benjamin Gilani, Kunal Kapoor, Om Puri, Nida Fazli, Javed Siddiqui and Govind Nihalani. How come no one wrote about them?"
Meanwhile, Neetu is thrilled by the response she got for playing Umrao Jaan earlier this week.
"There have been two shows so far, both housefull. It's my first play and the response is overwhelming. Umrao Jaan was offered to me when I needed it the most. Thanks to Purva Naresh, the play's writer, producer and creative head of Reliance, I got a chance to play a dream role in stage debut."
Neetu is specially happy since the play's historical context translates so well on stage.
"It expresses the thoughts of today's girl. I want to take the play all over the world now. Umrao Jaan is the journey of a girl's life in two hours. It's the story of every girl, no matter which era she belongs to."
"Every girl looks for financial and emotional security, love and respect in the man in her life. Tragically, men don't seem to offer these basic requirements in a relationship. Umrao's dilemma is as alive today as it was when she lived. I plan a world tour of Umrao Jaan."