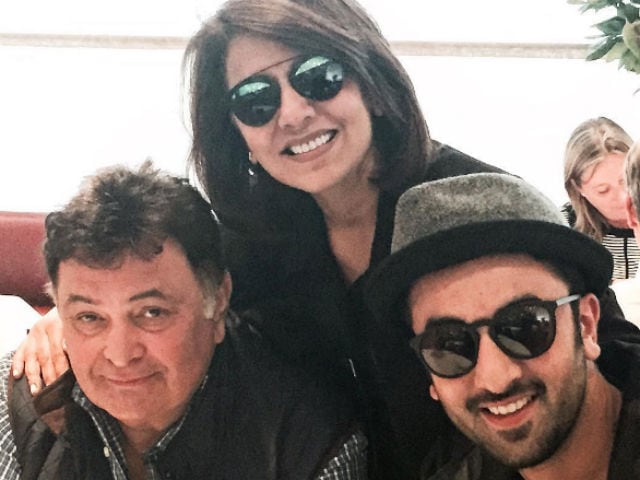 Celebrations are in full swing in the Kapoor clan as actress Neetu Singh, who turned 58 on July 8, celebrated her birthday with her family on Friday. Neetuji shared a picture from the party on Instagram.
The picture features Neetuji's husband, actor Rishi Kapoor, son, actor Ranbir Kapoor, daughter Riddhima and her husband Bharat Sahni and their daughter Samara. A complete family picture.