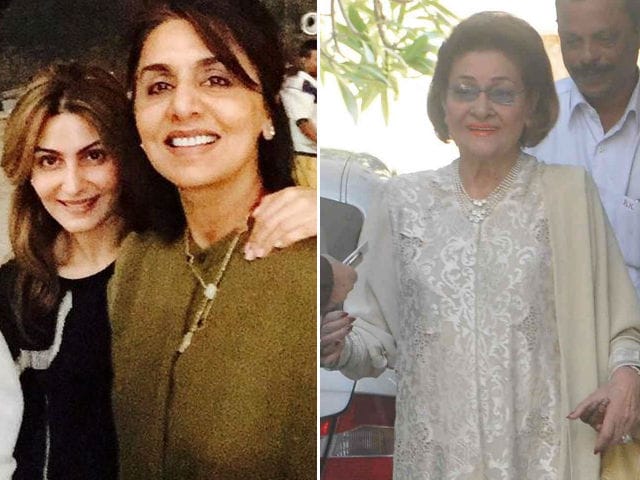 The image on left was posted on Instagram by Neetu Singh

Celebrations are in full swing in the Kapoor clan. Actress Neetu Kapoor and her daughter Riddhima Kapoor Sahni celebrated Krishna Raj Kapoor's birthday and shared pictures from the party on Instagram. Reema Jain and Riddhima's daughter Samara were also there for the party.

Celebrations are in full swing in the Kapoor clan as actress Neetu Kapoor along with her daughter Riddhima and granddaughter Samara celebrated Krishna Raj Kapoor's birthday at their Pali Hills residence in Mumbai.

Last day with my munchies

Recently, the Kapoors had converged at Shashi Kapoor's Mumbai residence for their annual Christmas lunch, which was attended by Kareena Kapoor and her husband Saif Ali Khan, Karisma and her children, Rishi Kapoor, Neela Devi and Randhir Kapoor. Ranbir Kapoor had arrived with his girlfriend Katrina Kaif, while Neetu Singh had given the occasion a miss this year. (In Pics: Ranbir, Katrina's Prem Kahani at Kapoors' Christmas Brunch)