Neha Dhupia: I'm In Awe Of The Fact That I've Survived This Long In The Industry

Neha Dhupia, who has been a part of Bollywood for over a decade, said that she feels like a 'survivor' in the film industry 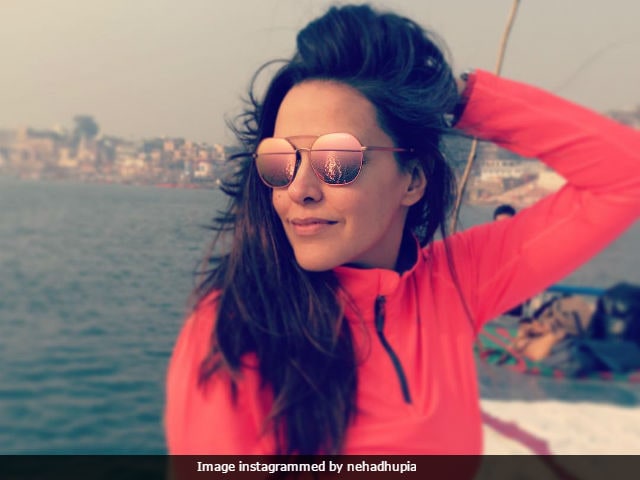 Neha Dhupia, who made her screen debut in 1994 with the Malyalam movie Minnaram, told news agency IANS that she feels like a 'survivor' in the film industry. The 36-year-old actress has been a part of Bollywood for over a decade. She has featured in films such as Qayamat: City Under Threat, Kyaa Kool Hai Hum, Shootout at Lokhandwala, Chup Chup Ke and Singh is Kinng . Speaking about her journey, she told PTI: "I'm in awe of the fact that I've survived this long, but I'm disappointed that I haven't been able to do the kind of cinema I wanted to do to. That's how I look at it."
Neha Dhupia is currently seen as a gang leader in a reality show Roadies Rising. The Ek Chalis Ki Last Local actress told PTI that she wants to do cinema that would appeal more to the audience. She said: "Of course you want to the kind of cinema that more and more people watch, and that's what disappoints me. When I was doing films like Ek Chalis Ki Last Local or Mithiya or movies like that, the audience wasn't ready for it and now when they are ready for it, I don't get those kind of offers."
"I am a survivor and I have survived this long. Been in this business for over 13 years now and I am very proud of how far I have come," Neha told PTI.
The actress also said that she doesn't hold any 'regret'. "There have been no regrets. I am still relevant and that's what keeps me going. I would like to do more. I'm happy or unhappy? I'm definitely happy. I would definitely won't do a job especially at this stage of my career that doesn't leave me happy," Neha said.
Neha Dhupia, who was last seen in the 2016 film Moh Maya Money, will also be seen hosting the television show Chhote Miyan. "I am doing this (Roadies) show and then there is a brand new show I have. It's called Chote Miyan and it's great. The reason why you do television is to reach out to an audience. The audience I don't get through my films because I do more indie stuff."
(With PTI inputs)