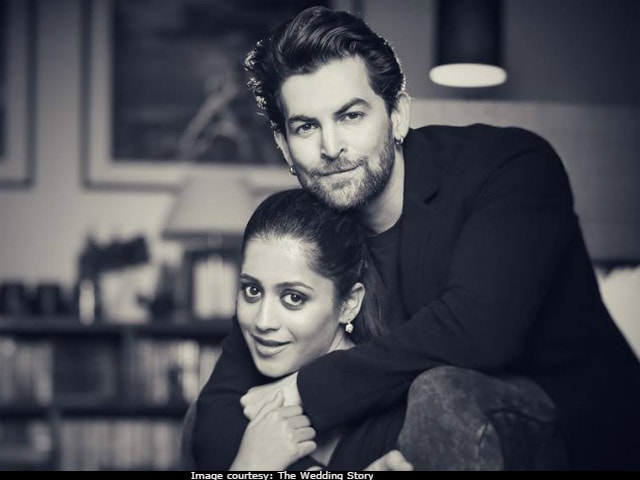 Neil and Rukmini's wedding will reportedly be on February 9 (courtesy: theweddingstoryfilms )

Wedding bells are just round the corner for actor Neil Nitin Mukesh and his fiancee Rukmini Sahay. Neil and Rukmini are all set to get married in the Lake City of Udaipur and the wedding ceremonies are scheduled between February 7 and February 9, reported news agency PTI. January 9 has been zeroed in for the much-anticipated wedding of Neil Nitin Mukesh and Rukmini, reported Mumbai Mirror. It will be preceded by an engagement ceremony on Tuesday and a sangeet on Wednesday, the Mumbai Mirror report added. Mumbai Mirror also reported that wedding festivities have kicked off with a Sufi performance on Monday night. Neil reportedly arrived in the Lake City on Sunday and was joined by Rukmini yesterday. According to PTI, sources also revealed that the destination wedding will be attended by 500 guests, comprising close friends and family.
In the interview with Mumbai Mirror, Neil said that the couple have been busy attending guests since they arrived in Udaipur. "I've always believed that a marriage is a coming together of two families and we're looking forward to spending time together. Right now we're busy welcoming the guests, soon I'll rush to get ready for the evening," the Wazir actor told Mumbai Mirror. The groom-to-be, who will be singing on the day of the sangeet, maintained that his choice of songs should remain a surprise. "But I won't reveal what will I sing as I want to keep that a surprise for Rukmini," Mumbai Mirror quoted the 35-year-old actor as saying.
On Thursday, Neil and Rukmini are expected to have a Bollywood-style wedding - the groom will arrive in a chariot, reported," Mumbai Mirror. The wedding will also be followed by a reception in Mumbai on February 17.
When asked about his "most cherished" date with Rukmini, Neil told Mumbai Mirror: "We went out to dinner only once and it will remain the most cherished moment for us."
The Aa Dekhen Zara actor also told Mumbai Mirror that he's in possession of a new apartment in Andheri but that'll be his "work home". "That'll be my work home as its closer to shoots. Rukmini and I will be staying with our family in our town house," he said.
Neil Nitin Mukesh will begin work for Rohit Shetty's upcoming film Golmaal Again after the wedding.
(With PTI inputs)