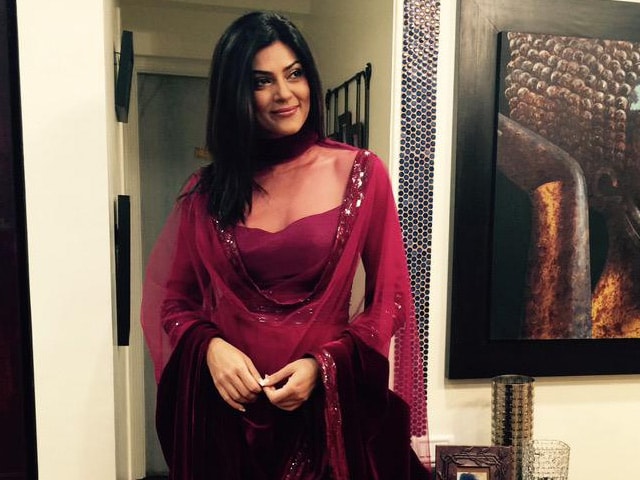 This image was posted on Twitter by Sushmita Sen

"I know people go on social networks to express their sadness but I was so quiet," said Sushmita Sen

Recalling her visit to Nepal last year, former Miss Universe and Bollywood actress Sushmita Sen on April 29 said that the earthquake that devastated in the country has made her "speechless".
A 7.9-magnitude quake rocked Nepal on April, killing over 5,000 people.
"In November 2014, I was in Kathmandu for a very special event. I am a follower of goddess Durga and lord Shiva, and I had gone to the Pashupatinath temple for the first time," she told the media. (Also Read: Gabbar Is Back Earnings for Nepal Not My Call, Says Akshay Kumar)
"With so much love and warmth, Nepal had welcomed me. I was travelling to Germany when the earthquake happened. It makes me really speechless. It is so painful. I know people go on social networks to express their sadness but I was so quiet. Things like that make me speechless." (Also Read: Ram Charan Teja to Send Relief Material to Nepal)
The actress was in the city to promote her latest outing Nirbaak.
Nirbaak (which means speechless) will mark Sushmita's debut in Bengali cinema. The film also stars Jisshu Sengupta, actor-director Anjan Dutt and Ritwick Chakraborty.
Nirbaak comprises four love stories connected by a single woman. The film deals with complex and taboo themes like narcissism, bestiality and necrophilia. (Also Read: Ranbir Kapoor, Anushka Sharma Campaign for Donations for Nepal)
Sushmita described the film as "spiritual" and "contemporary".
The film is slated to release on May 1 and its trailer has garnered more than 100,000 views since its release earlier this month.