Actor Neil Nitin Mukesh married Rukmini Sahay in Udaipur on February 9. The couple arrived in Mumbai with the entire family 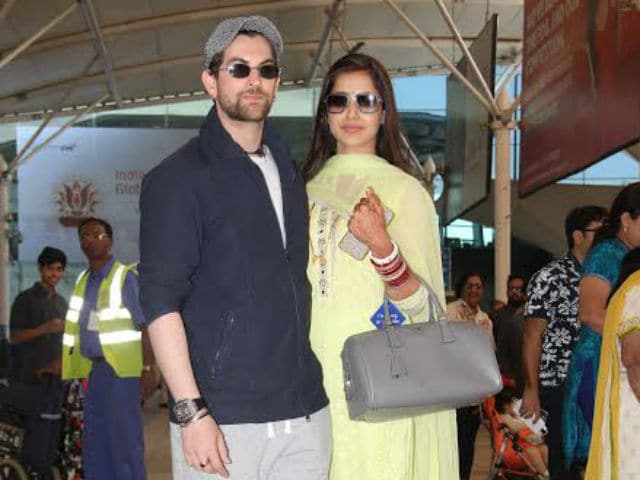 After a big fat wedding in Udaipur, Prem Ratan Dhan Payo actor Neil Nitin Mukesh returned to Mumbai with his wife Rukmini Sahay. Neil and Rukmini married on February 9. The wedding celebrations were spread over three days, including mehendi, sangeet and other rituals. A grand wedding reception is expected on February 17 in Mumbai. The couple was spotted at the airport hand-in-hand. Neil kept it simple in a grey hoodie while Rukmini looked pretty in a yellow suit. Her mehendi and chooda completed her look. Neil, 35, got engaged to Mumbai-based Rukmini Sahay, 27, on Dussehra last year. Rukmini belongs to a non-Bollywood family while Neil's father and grandfather are renowned Bollywood singers.
Check out these pictures of the newlyweds: 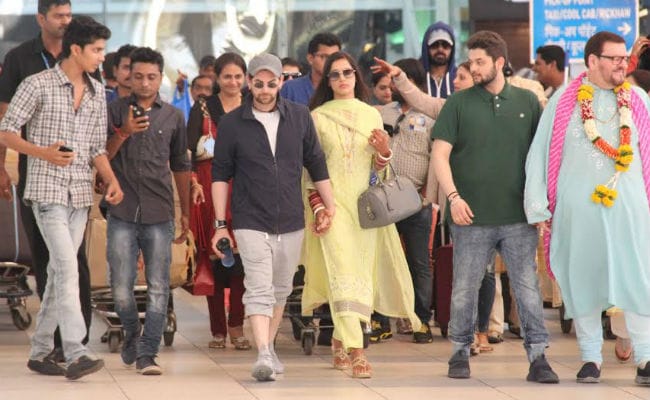 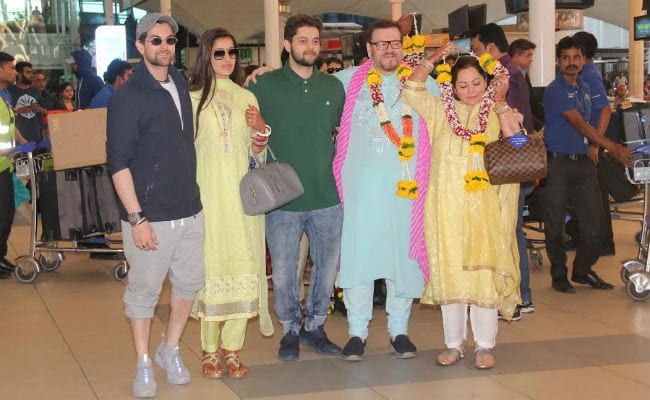 Neil and Rukmini pose with their entire family

Ahead of the wedding, Neil told Mumbai Mirror that he fell in love with Rukmini at first sight. "The moment I saw her I knew she was the one. I just hoped she is as perfect in every way as she seemed. And after spending time with her in the last five months I must admit she is the most genuine person." He further revealed that he had met Rukmini only once. "We went out to dinner only once and it will remain the most cherished moment for us." Here are some pictures from Neil and Rukmini wedding and pre-wedding ceremonies:

Professionally, the Wazir actor will be seen in Madhur Bhandarkar's Indu Sarkar. The film is based on times of emergency in India and the actor will reportedly play the role of late congress leader Sanjay Gandhi. He will also begin work for Rohit Shetty's upcoming film Golmaal Again.