Nimrat Kaur Trends Because of These Pics. Perhaps You'd Like to See Them

Nimrat Kaur jumped into Lake Cheakamus, wearing a bikini she happened to have handy and posted the pictures on Instagram on Monday, since when she has been trending 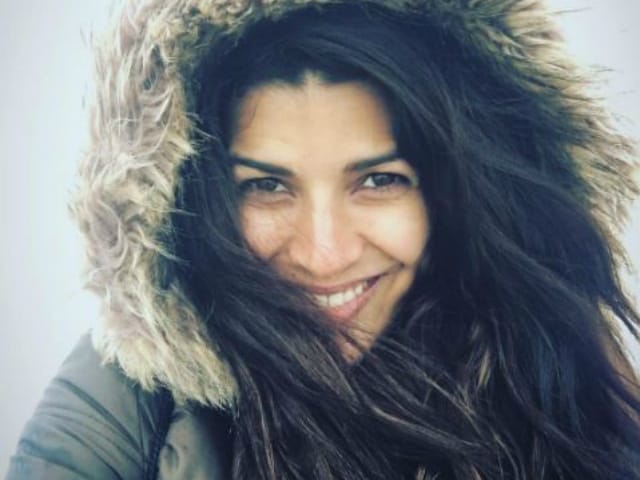 Actress Nimrat Kaur was traveling in Canada and, when she came to the picturesque Lake Cheakamus, she suddenly felt like a swim. She jumped in, wearing a bikini she happened to have handy and posted the pictures on Instagram on Monday, since when she has been trending.
Girl meets lake, be it ever so chilly.


As quoted by my trusted companion, @madssees this morning, Mark Twain said that the only regrets we have are the things we don't do. I did something I'd never have dreamt of...an impromptu swim in ice cold water in the middle of nowhere. Don't know what came over me, but it can only be good. Now I know what blood flow to the limbs and the head feels like !! #craziestdayofmylife #noregrets

No words to describe this feeling... #craziestdayofmylife

Ms Kaur also had fun with a zip-lining experience:


Final part of the trip. About 700 feet above the ground. Over a 120 Kms an hour. Mountain to mountain hanging on to dear life. Nervous laughter from watching my harness come up next. Huge fear of heights. First such decision. Adrenaline? Fear conquered? Check. #craziestdayofmylife @superflyziplines @TAGWhistler #ziplining

Another memory from Ms Kaur's 'best weekend ever':


Back in the city to a full moon night....dreaming and beaming about what looked like Kashmir and felt like heaven. #bestweekendever

Ms Kaur offered more glimpses of her vacation in Canada:

Michael Allen has been working with the wild black bears for 30 years now. With his sharp blue eyes set on the forest, the warmest smile and an anecdote at every turn of the wheel, an earned name and history for every single bear, he has devoted all his living days to his world only to make our world better every single day. Can't thank you enough @madssees for introducing me to him. Will treasure this forever.... #wildbears #conservationist #michaelallen

Nimrat Kaur, 34, has starred in films like The Lunchbox, Airlift and Yahaan. Her international credits include the TV shows Homeland and Wayward Pines. She also featured in a short film titled The Road Trip.