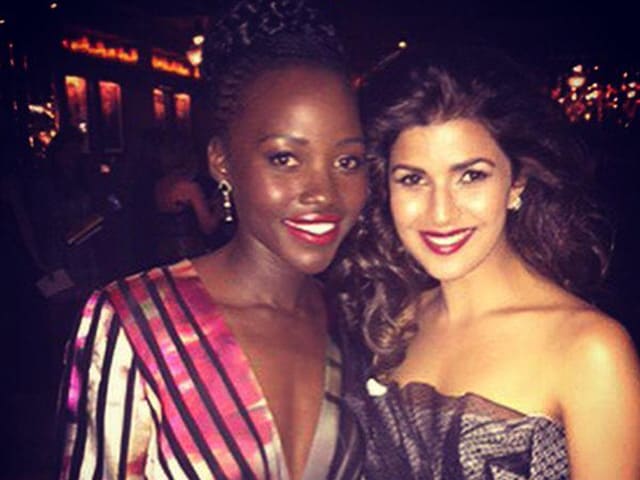 This image was posted on Twitter by Nimrat Kaur

Actress Nimrat Kaur struck a pose with Oscar-winning Hollywood star Lupita Nyong'o at the 21st edition of the Screen Actors Guild Awards held in Los Angeles.
The ceremony took place in Los Angeles and The Lunchbox star grabbed an opportunity to take a photograph with Lupita.

Nimrat, was there for her US TV series Homeland, which was nominated in the Outstanding Performance by and Ensemble Cast in Drama Series.