No, Ajay Devgn is Not Playing Shiva in Shivaay

"I am bored of making films which are mediocre. We have to raise the bar. Somebody has to make an effort. For that you have to make lots of sacrifices. I have not worked for the past two years in any other film," said Ajay Devgn 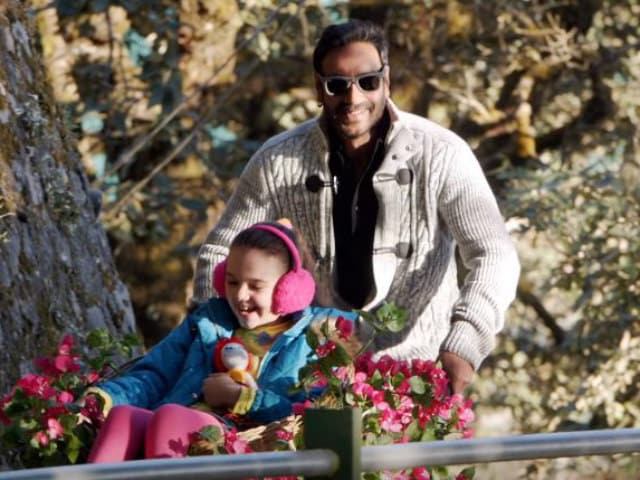 Ajay Devgn in a still from Shivaay.

Actor-producer Ajay Devgn said that his upcoming film Shivaay won't hurt any religious sentiments as the movie deals with human elements of Lord Shiva.
Ajay, who has also directed the movie, said he is not playing Shiva but a common man, who is a devotee of the Lord Shiva.
"There is no religion (angle in the film). I am not portraying Shiva. If you see my lines also, 'jiske bheetar basa Shivaay', (means) who has Shiva in his heart. In the film also, he is not sitting and meditating and praying. He has got tattoos of Shiva all over his body and he is called Shivaay in the film," the 47-year-old Drishyam star said in an interview on the sidelines of the film's trailer launch in Indore.
Ajay said Shiva was the only God who had flaws and that was an interesting concept to toy with.
"The thought is, man who believes in the supernatural power. Shiva, I feel, is the only God which also connects to today's youth. Every other God is flawless, Shiva is the only God with all the flaws. He smokes, drinks 'bhang'. when he gets wild he will kill randomly, then he will realise that he has made a mistake. People can fool him also. He is good by heart. When he gets violent he is terrible. This is what humans are. Shiva, I feel is the only God which has all the elements," the actor said.
This much-ambitious project took two years to complete and Ajay said the film needed special attention as he didn't want to make "mediocre" stuff.
"I am bored of making films which are mediocre. We have to raise the bar. Somebody has to make an effort. For that you have to make lots of sacrifices. I have not worked for the past two years in any other film," he said.
The actor cut his fee too for the movie as he believed the grand scale of Shivaay needed sacrifices from him.
"Technically, people will think I've lost so much of revenue because I've not worked. In a film like this, to make it on this scale, if I would've kept my remuneration as an actor and a director, I don't think that was possible. So, that also I sacrificed," he said.
When asked how did the idea to make Shivaay struck him, Ajay said it was writer Sandeep Srivastava who came up with a thought which was inspired from a true incident.
"There was a thought which Sandeep my writer had, which was inspired from a true incident. Not that I made (the film on) true incident but it was inspired from there, we had read an article. From there, I thought the emotional ground was very strong. It's not about the story, it's about the screenplay. So that's how it started," he added.
Ajay is making a return to direction after eight years.
His last venture as a director was romantic drama U Me Aur Hum, which starred him and wife Kajol in lead roles.
The film didn't do well at the box-office and the actor feels it was because people didn't have an idea about Alzheimer's disease on which the movie was based.
"The kind of response I got for U Me Aur Hum, here the emotional drama was concerned, you'll see some articles stuck in my office also. It did very well in overseas and urban market. But you can't call it a blockbuster because half the country didn't understand what Alzheimer's is," said Ajay.
Meanwhile, Shivaay is set to release on October 28.
It also stars newcomers Sayyeishaa Saigal and Erica Kaar.