No, Alia Bhatt Isn't In Dad Mahesh Bhatt's Sadak 2 - Not Yet 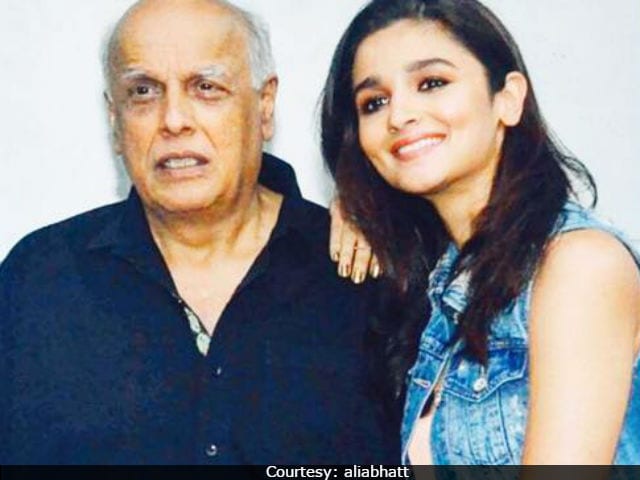 Recent reports suggested that actress Alia Bhatt had been roped in to play the daughter of Sanjay Dutt's and Pooja Bhatt's characters in the forthcoming remake of Mahesh Bhatt's 90s superhit Sadak. NDTV.com has now learnt that these reports are incorrect. Speaking exclusively to NDTV.com, Mahesh Bhatt said, "There is no truth to this. Yes, we do have plans to make Sadak 2 with Sanjay Dutt and we are currently working on the script. Once that is done we shall work on the rest of the casting." Alia, 24, is the daughter of Mahesh Bhatt and actress Soni Razdan. Pooja Bhatt is her half-sister.
Sadak was directed by Mahesh Bhatt in 1991 and starred Sanjay Dutt and Pooja Bhatt in the lead roles. It was the second highest grossing film of 1991. Character actor Sadashiv Amrapurkar received huge critical acclaim for his performance as the transgender brothel owner Maharani. Soni Razdan also had a small role in the film.
There was a mini Sadak reunion recently. Sanjay Dutt visited Mahesh Bhatt's office in Mumbai and Pooja Bhatt shared a picture of her father chatting with the actor on her instagram account.
The idea of remaking Sadak came up in December 2016, when Sadak clocked 25 years.
As soon as it was reported that Alia Bhatt would be collaborating with father Mahesh Bhatt, fans across the country were escatic. But it looks like they will have to wait a little longer to see the father-daughter duo collaborate - Alia has not been either directed or produced by her father yet.
For now, Alia Bhatt will be seen in Ayan Mukherji's sci-fi fantasy film, tentatively titled Dragon, opposite Ranbir Kapoor. Dragon is being touted as an entirely different superhero film.