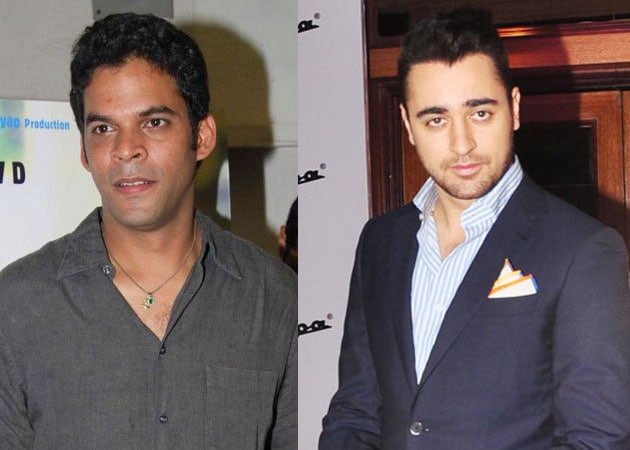 Earlier, Imran Khan was supposed to play the male lead in Bhavesh Joshi, but the director altered his decision and claims there is no bad blood.

If his debut film Udaan had wow factor, filmmaker Vikramaditya Motwane claims his next project Bhavesh Joshi will surprise viewers. (Also read Vikramaditya Motwane: Documentaries Under Performing in India )
"With Bhavesh Joshi, I am going to surprise people with an action film. It will have a superhero angle to it," said Vikramaditya.
After working with Ronit Roy and Rajat Barmecha in his first directorial venture and Raveer Singh in his second movie Lootera, the 37-year-old director has teamed up with Sidharth Malhotra for Bhavesh Joshi.
Praising the actor, he said: "We haven't finalized the leading lady yet, while Sidharth will play the lead. Sidharth has tremendous star power and fantastic charisma on screen.
"He is the real star. He is working really hard for the project," said Vikramaditya.
Earlier, Imran Khan was supposed to do the male lead in the film, but the director altered his decision and claims there is no bad blood.
"It was an amicable decision we both made. There is no problem between us," said Vikramaditya.
Meanwhile, the director is busy with Katiyabaaz.
Production banner Phantom Films, co-owned by Motwane, Anurag Kashyap and Vikas Bahl, is presenting "Katiyabaaz", co-directed by Deepti Kakkar and Fahad Mustafa.
Vikramaditya is spearheading the project and says venturing into the segment entails risk.
He said: "It's a risk. It might work and it might not. If it works, it's good. And it means that documentaries can be released in theatre now."
The film will release in India on August 22.
"We might be getting only 40 screens. Later we might get 100," said the director.