No Evidence That Sussanne Khan Cheated Firm Out Of 2 Crores, Rules Court 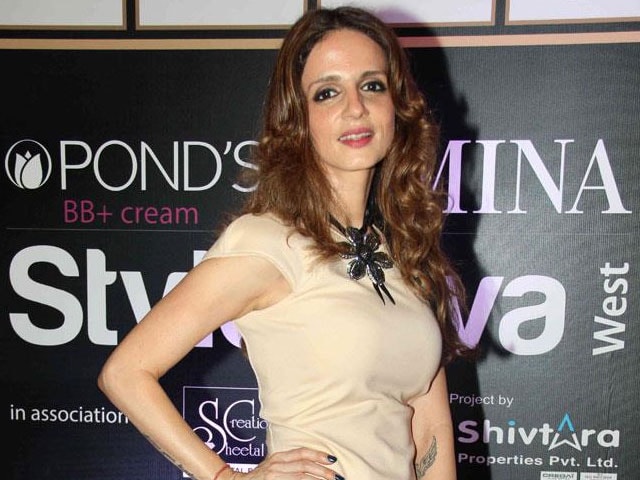 In good news for interior designer Sussanne, Khan, the Goa bench of the Mumbai High Court has dismissed a First Information Report or FIR filed against her by a real estate firm, reported news agency IANS. There is no evidence to show that Ms Khan cheated Emgee Properties, which is run out of Goa, ruled the court on Thursday.
Emgee Properties, which is also suing Ms Khan for Rs 15 crores, has accused her of falsely projecting herself as an architect. The firm alleges that it has been cheated out of almost Rs 2 crores by her.
Sussanne Khan, who was married to actor Hrithik Roshan till 2014, released a statement in June, saying that the firm actually owed her money and the complaint of cheating had been filed to pressure her into dropping a breach of contract suit she had filed:
"This is with reference to news appearing in a section of media where it has been reported that I have cheated Emgee Enterprises and misrepresented that I am an Architect. The said complaint is motivated and preposterous and has been only filed to intimidate me and pressurize me to withdraw the arbitration proceedings initiated by me in the first instance to recover my dues and damages resulting from breach of contract.
"As a background I have challenged the termination of the contract and have invoked arbitration under the contract for recovery of my dues. As a counter-blast to the said proceedings Mr Mudhit Gupta only with the intention to harass and pressurize me to give into his frivolous counterclaim initiated the criminal complaint.
"I have not made any misrepresentations and have maintained the highest standards of ethics in discharge of my work. I am going to take the arbitral proceedings to the logical conclusions and instead of getting intimated will respond to such frivolous complaint and will give a befitting response. Such complaints do not scare me rather it encourages me to stand up for the truth. The allegations in complaints are false and defamatory and I will take appropriate proceedings in accordance with law."
Sussanne Khan, 37, claims that she was hired by Emgee Properties in 2013 to work on a project in Goa and that she, in turn, hired two architects.